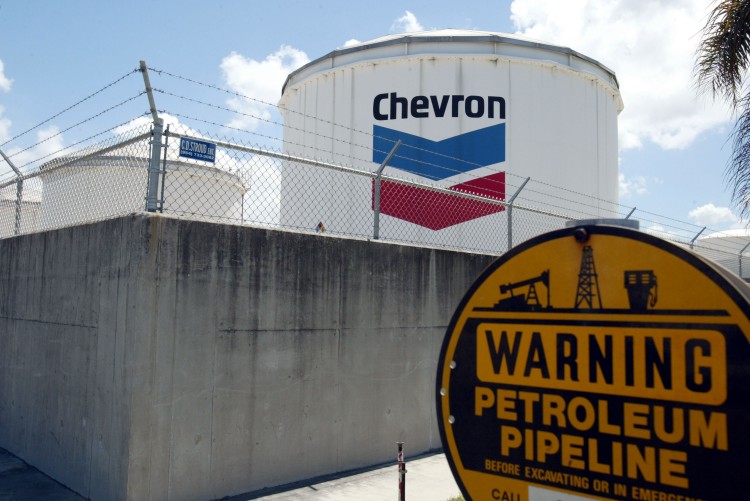 A Saudi Arabian unit of U.S. oil major Chevron has told its Kuwaiti partner it plans to shut down an oilfield jointly operated between the two Gulf OPEC countries next month over long-standing disputes, three industry sources familiar with the matter said.

The planned closure in May of the joint Wafra onshore oilfield in the Neutral Zone between Saudi Arabia and Kuwait was communicated by Saudi Arabian Chevron to Kuwait Gulf Oil Company, according to the sources.

This comes after the crude output from another jointly operated field, Khafji, was halted in October to comply with environmental regulations.

Chevron’s decision was mainly down to problems getting work permits from the Kuwaiti authorities for its expatriate staff, the sources said.

“Current difficulties in securing work permits and materials may impact the company’s ability to safely continue production. Efforts continue with all appropriate parties to resolve the issue,” said Sally Jones, Chevron spokeswoman in an emailed statement.

Saudi and Kuwait oil officials could not be reached immediately for comment.

The loss of Wafra, which has an output capacity of around 200,000-250,000 barrels per day of Arabian Heavy crude, will be felt more in Kuwait, which has far less spare output than its neighbour, the world’s top oil exporter.

Chevron has been leading a full-field steam injection project in the onshore Wafra field to boost output of heavy oil there by more than 80,000 b/d.

Diplomatic and industry sources have told Reuters that Kuwait has been placing restrictions on Chevron which operates Wafra on behalf of Saudi Arabia, as a result of various disputes mainly related to the right to operate.

The sources say Kuwait was angry because it was not consulted when the Chevron concession to operate Wafra was renewed by Riyadh in 2009 until 2039.