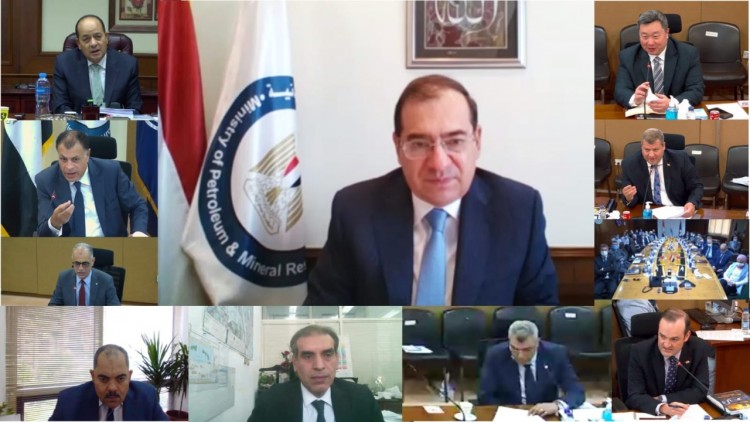 In addition, the company has drilled 34 wells as well as completing 106 wells.

Furthermore, the meeting discussed the company’s remarkable efforts in the field, which includes the construction of pipelines to transport oil and gas with a total length of 55 km and the development of facilities stations in Kalabsha and South Umm Baraka.

With respect to the new technologies employed, the company completed seismic data processing for Shushan District over an area of ​​about 3,000 square kilometers, and 70% of the seismic data reprocessing  for Khalda Hills region.

On this occasion, El Molla said that the Petroleum sector has achieved tremendous success in the fields of research, exploration, drilling, and development despite the great challenges imposed by the pandemic, and that during the coming period, intensive programs for research and exploration operations will be implemented, especially in the Western Desert region, in light of the distinguished results of the seismic survey.

The assembly was attended by Ashraf Farag, First Undersecretary of the Ministry of Petroleum for Agreements and Exploration, Abed Ezz Al Rijal, CEO of the Petroleum Authority and his deputies,  Magdy Galal, President of the Egyptian Natural Gas Holding Company (EGAS) and his deputies,  Sherif Hassaballah, Undersecretary for Petroleum Affairs, and David Chi, General Manager of Apache Egypt.