Israel Tries to Preempt Iran Nuclear Deal in France, After US 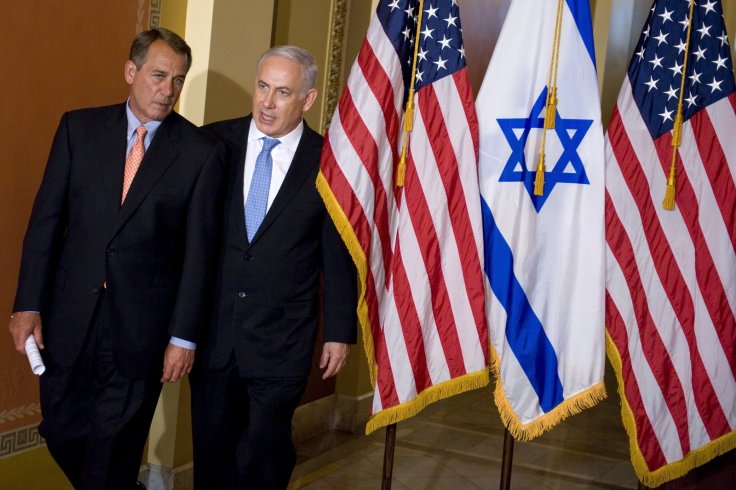 A delegation of Israeli officials, including Israeli Intelligence Minister Yuval Steinitz, has traveled to France in a bid to hamper a deal on Iran’s nuclear program as marathon talks on the issue are entering a critical juncture.

The delegation, includes the Israeli intelligence minster, Yossi Cohen, an adviser to Israeli Prime Minister Benjamin Netanyahu, and some other senior figures in Israel’s Foreign Ministry and intelligence community.

The Israeli officials are scheduled to hold talks with French Foreign Minister Laurent Fabius and members of the French negotiating team in the talks on Iran’s nuclear program on Monday.

Steinitz was “on a mission from Prime Minister [Benjamin Netanyahu] for a short visit to Europe in an attempt to influence the details of the emerging agreement on the Iran nuclear issue,” a statement by Eyal Basson, an spokesman for the Israeli Intelligence Ministry said.

Netanyahu delivered an anti-Iran speech at the US Congress on March 3, where he called on Washington not to negotiate “a very bad deal” with Tehran.

In response, Iranian President Hassan Rouhani said that nuclear talks between Iran and the six world powers have ruffled the feathers of one aggressive and occupying regime, whose existence hinges on belligerence.

“The regime, which has been after atomic weapons, has already produced nuclear bombs and stockpiled a large number of the bombs in defiance of international law and unseen by international observers as it does not allow the International Atomic Energy Agency (IAEA) inspectors to oversee its nuclear facilities by refraining from signing the Non-Proliferation Treaty (NPT),” Rouhani said.

The latest round of nuclear negotiations ended in the Swiss city of Lausanne on Friday after six days of intense and serious discussions among representatives of Iran, the United States and the European Union. The talks will resume on March 25.

Talks between the US and Iran are part of broader negotiations between the Islamic Republic and the P5+1 group -the US, Britain, Germany, France, Russia, China – to reach a comprehensive agreement on Tehran’s nuclear program as a deadline slated for July 1 draws closer.

On February 8, Netanyahu turned up the rhetoric against Iran, saying Tel Aviv will do everything to prevent a “bad and dangerous” nuclear deal between Tehran and the P5+1. Addressing a weekly cabinet meeting, he said Iran and the six major powers “are galloping toward an agreement” which would pose a danger to Israel….” “We will do everything and will take any action to foil this bad and dangerous agreement,” Netanyahu said.

Similarly, in an address at the UN General Assembly in September 2012, the Israeli premier claimed that Iran had reached 70% of the way to completing “plans to build a nuclear weapon.”

“By next spring (2013), at most by next summer, at current enrichment rates, they will have finished the medium enrichment and move[d] on to the final stage. From there, it’s only a few months, possibly a few weeks before they get enough enriched uranium for the first bomb,” Netanyahu alleged at the time.