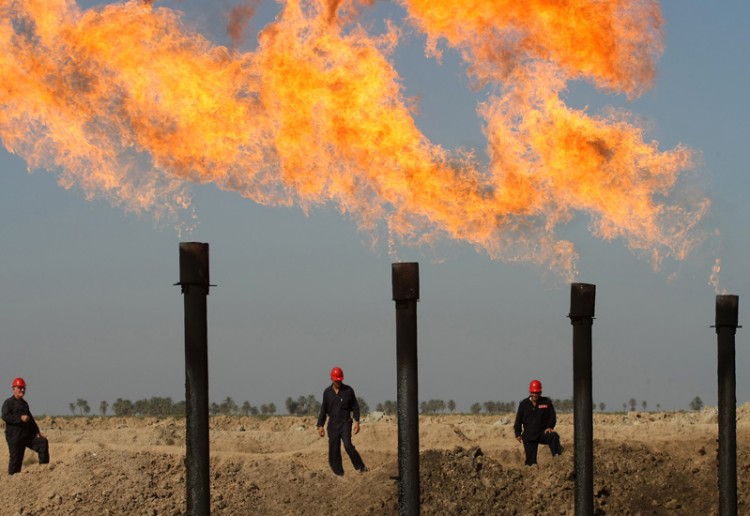 Iraq’s Oil Ministry said on Thursday that crude exports averaged 2.535 million b/d in January, a decrease of nearly 14% from the previous month, depriving the nation of badly needed cash both for ongoing military operations against extremists and reconstruction efforts.

Jihad blamed the bad weather that struck the area of the country’s southern facilities on the Arabian Gulf for more than two weeks for the exports’ dip.

Iraq has the world’s fourth largest oil reserves, some 143.1 billion barrels, and oil revenues make up nearly 95% of its budget. The price of oil has fallen by about half since June to around $55 per barrel. Like other oil-producing countries, Iraq’s economy has been affected by the plummeting oil prices.

Iraq was plunged into a major crisis last summer, when the Islamic State group swept across the north and west of the country, seizing vast swaths of territory, including the country’s second largest city Mosul.

Government forces, Kurdish fighters and Shiite militias have since clawed back some of the territory with the help of US-led coalition air strikes.