Iran: Steadfast Over Nuclear Power, Sorting Details Out with US 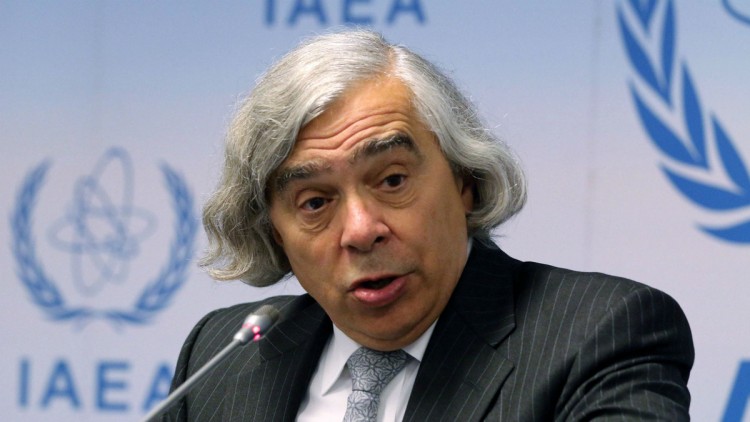 Head of the Atomic Energy Organization of Iran (AEOI) Ali Akbar Salehi stressed that Iran’s redlines for any final nuclear deal with the Group 5+1 (the US, Russia, China, Britain and France plus Germany) remain unchanged, reiterating that Tehran is resolved to keep its Arak heavy water reactor and Fordo Enrichment Plant.
Salehi said on Saturday that “the function and nature of the Arak Heavy-Water Reactor…will remain unchanged as a heavy water facility”.
He also pointed to the Fordo Uranium Enrichment Plant near the city of Qom in Central Iran, and said, “We are determined to make use of this site according to the guidelines of Iran’s Supreme Leader (Ayatollah Seyed Ali Khamenei) and AEOI’s technical needs.”

He underlined that Iran and the G5+1 have not reached a final agreement yet, and said, “Our long-term strategy is to materializing the macro-scale policies specified by the Supreme Leader.”

Last week, Salehi announced that the technical issues with regard to Tehran’s nuclear program had been resolved in his recent talks with US Secretary of Energy Ernest Moniz in Switzerland.

Noting that his talks with Moniz were fruitful and good steps were taken, he said, “We held talks on (uranium) enrichment, Arak research reactor, research and development (R&D), Fordo (uranium enrichment facility) and some other smaller issues.”

“We took very good steps in issues related to enrichment and Arak reactor and managed to remove their fabricated concerns with the technical proposals that we raised, and we defended our national interests and nuclear industry which is a great achievement of the AEOI and those dear people who work in it,” Salehi said.

Stressing that the negotiations were balanced, he said, “We can say that the technical deadlocks were removed in the two technical meetings.”