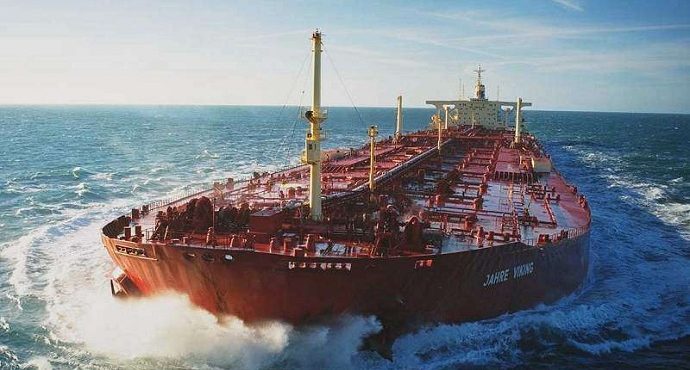 Iran is storing as much as 40 million barrels of oil on supertankers at sea as it prepares for a sales drive if a nuclear deal can be sealed.

Iran and six world powers are seeking to overcome remaining differences with a looming self-imposed June 30 deadline to reach a deal over Tehran’s disputed nuclear program.

In the meantime, Iran has been parking oil off its coast, mainly on tankers belonging to its national carrier NITC.

“The first thing they will try and do is offload quite a lot of that storage. (Oil Minister Bijan) Zanganeh has already warned OPEC: make room for us. In other words, we are going to sell this oil at any price,” said Mehdi Varzi, a former official at the state-run National Iranian Oil Co.

“Floating storage is there to be put onto the market as soon as possible after some sort of agreement,” said Varzi, who now runs an energy consultancy in Britain.

Iran, once OPEC’s second-largest producer after Saudi Arabia, is seeking to clear space for its gradual return to the market after years in which Western sanctions have halved its oil exports to as little as 1 million b/d.

“It actually makes sense for them to go in fairly hard in order to reclaim market share and hope that high cost producers above them are inched out quicker,” said Samuel Ciszuk, senior adviser on security of supply to the Swedish Energy Agency.

Shipping sources and tanker tracking data on Reuters showed over the past three months Iran had deployed at least 15 very large crude carriers (VLCCs), each capable of carrying 2 million barrels, to store oil.

“The approximate 38 million barrels of Iranian oil in floating storage, in addition to shore based stocks, could quickly add supply to the market,” tanker broker EA Gibson said in a report last week.

A separate source, who tracks tanker movements, said Iran was storing over 45 million barrels of oil on 23 tankers including a few vessels that were not part of NITC’s fleet.

“That compares with 25 million barrels stored on 12 to 14 tankers exactly a year ago, which is a major increase year-on-year,” the source said.

The International Energy Agency (IEA) said in a report last week that preliminary tanker tracking data showed Iran’s crude sales rose in May to 1.4 million b/d, up 235,000 b/d from April and were at their highest since June 2012, the last month before tough financial measures were imposed by Washington and Brussels.

“It is unclear how much, if any, of the May volume came out of floating storage,” the IEA said. “Tehran is expected to target Asia for its additional crude if and when sanctions are lifted.”

While Zanganeh has said Tehran would pump another 500,000 b/d within a month of lifting sanctions and up to 1 million b/d within six or seven months, most analysts believe it will be months or up to a year for any significant output increase.

Iran’s tanker arm NITC, still blacklisted by the United States and the European Union, has a fleet carrying capacity of over 76 million barrels of oil.

“In the context of the financial sanctions, there are still going to be problems on the insurance side,” the Swedish Energy Agency’s Ciszuk said. “And from that point of view, it will be very important for Iran to have as many tankers of their own ready to go and ready to deliver.”