Iran Plans to Export Gas to Both Iraq and Kuwait 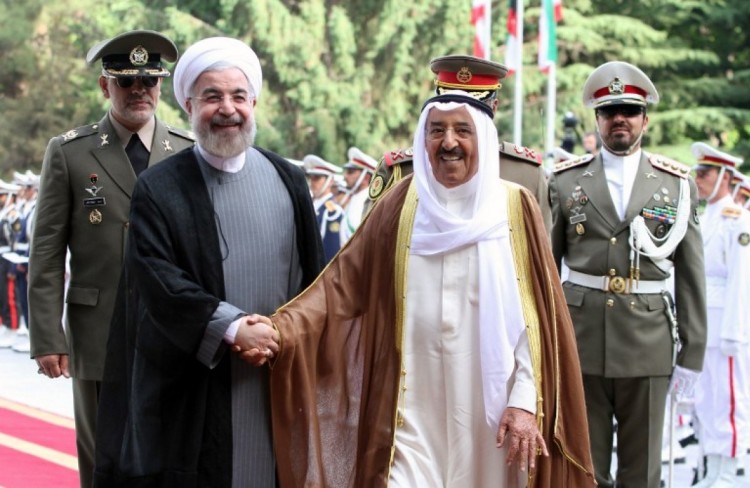 A high-ranking Iranian gas industry official says the Islamic Republic is ready to export natural gas to Kuwait via a pipeline, which is being built to transfer Iran’s gas to its western neighbor, Iraq.

“It is possible for Iran to export natural gas to Kuwait through Iraq and this can take place if a contract for gas exports is signed between Iran and Kuwait,” managing director of the National Iranian Gas Company (NIGC) Hamid Reza Araqi was quoted by Shana news agency on Sunday.

The official stated that increasing the export of Iran’s natural gas is among the main goals of the Islamic Republic’s Sixth Economic Development Plan, which is expected to start next year.

“There is good potential to export gas to Kuwait through Iraq and this goal can be achieved by concluding a relevant contract with the Kuwaiti side,” he added.

Speaking to reporters last Thursday, Araqchi said Iran exported 8%, or one bcmch 20, 2015) compared to a year before.

“Iran and Iraq seek to implement the gas export project as soon as possible…,” said the NIGEC head, adding that gas exports to Baghdad will start at 4 mcm/d and can be increased to 35 cubic meters per day in future.

Kameli also stated that Iran’s gas will be exported to the Iraqi city of Basra in near future.

“Gas exports to Basra will start from 5 mcm/d and will reach 30 mcm, a year after an agreement is finalized,” he was quoted by IRNA as saying.

On July 2, 2013, Iran signed an agreement with Iraq to deliver natural gas to its western neighbor according to which, 25 million cubic meters (mcm) of gas will be delivered to Sadr, Baghdad and al-Mansouryah power plants through a pipeline.

The 270-kilometer pipeline is estimated to earn Iran $3.7 billion a year in revenues.

The pipeline stretches from Assaluyeh, near the massive offshore South Pars oil and gas field in southern Iran, and continues into neighboring Iraq to feed Iraqi power plants running on gas.

The gas field is estimated to contain a significant amount of natural gas, accounting for about eight percent of the world’s reserves, and approximately 18 billion barrels of condensate.