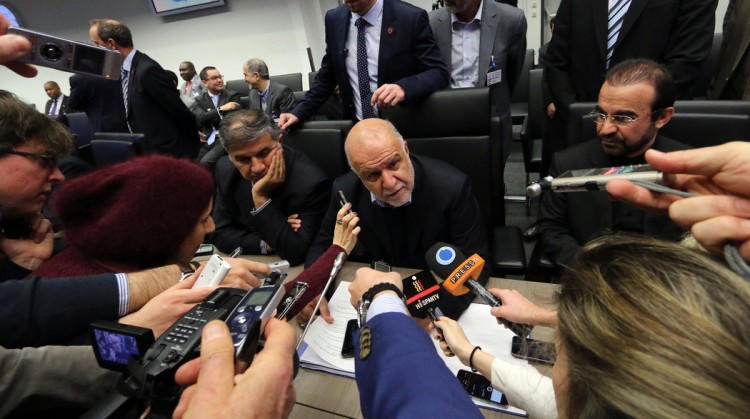 Iran’s Oil Minister, Bijan Zanganeh, accused the regional neighbors and OPEC friends of trying to take away its customers by offering cheaper oil. In an interview with Platts in Vienna, he added that despite Iran is not offering much of a price discount itself, it had managed to retake 1mb/d.

Iran’s crude is similar to that of Iraq and Saudi Arabia, and these producers fight for a share of the same market, Financial Tribune reported.

Zanganeh’s remarks came following Saudi Arabia’s new Oil Minister, Khalid al-Falih’s comment, that there is “no reason to expect that Saudi Arabia is going to go on a flooding campaign”, suggesting gentle moves in crude supply so as not to shock the market. Speaking to reporters upon his arrival in Vienna to attend the OPEC’s 169th ordinary meeting on June 2nd, Zanganeh said that Iran wants a quota system of production to be reinstated in the OPEC countries.

Following the lift of the long imposed sanctions, Iran has been seeking to reclaim its share in the market and boost its production capacity as Zanganeh noted in the OPEC meeting: “Iran expects fellow OPEC members to understand Tehran’s status which is trying to bring its market share and production level after years of draconian sanctions to the pre-sanctions levels.”