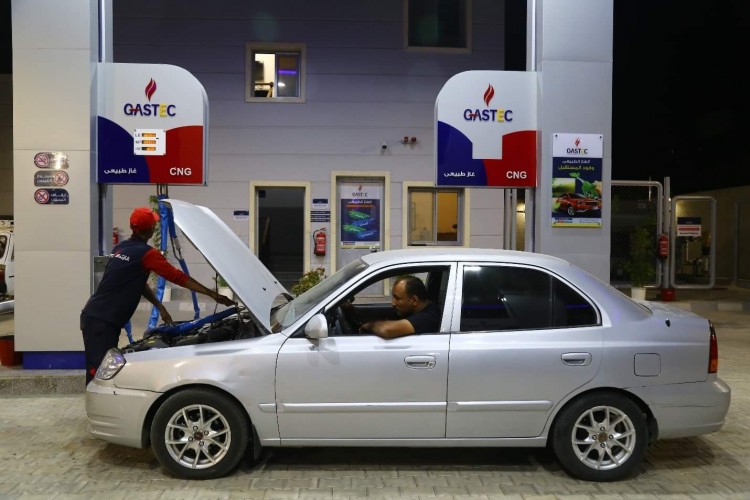 The Egyptian International Gas Technology (Gastec) has succeeded in the first-ever experiment of converting a diesel-run heavy-goods vehicle to run on natural gas in Egypt, according to a statement.

The converted vehicle is equipped with a gigantic 12,000 cc engine and a capacity of 394 horsepower. Initial experiments of utilizing dual-fuel (natural gas – diesel) have shown to be a success. The trials have also shown a 30% saving in diesel, taking into consideration that the car was loaded with more than 25 tons of goods. This is considered the first trial to convert the largest engine in Egypt to run on natural gas. This denotes further success in converting other diesel-based transport vehicles to run on natural gas.

Per the statement, cars with smaller tank capacity, such as the 0.8-liter Suzuki Maruti, have been successfully converted.

Converting cars exceeding 2500 cc has also become available as well as converting cars equipped with turbochargers. Additionally, the natural gas cylinder will be made of special steel to withstand the high pressure, noting that it meets international standards (ISO Standard 11349.)