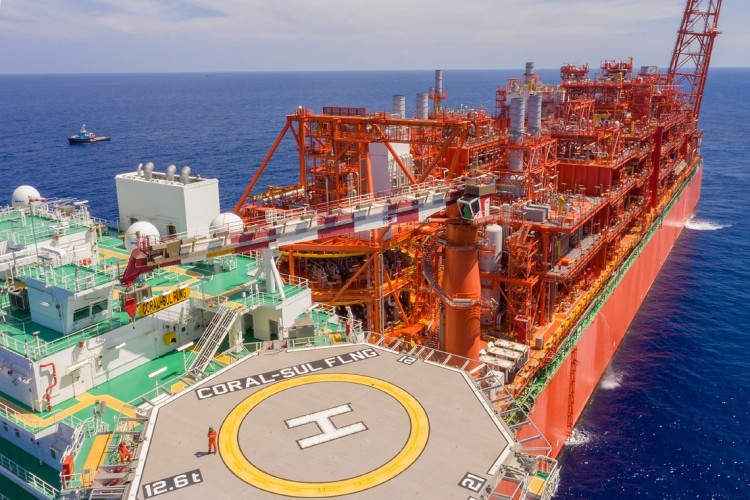 The first shipment of liquefied natural gas (LNG) produced from the Coral gas field, in the ultra-deep waters of the Rovuma Basin, has just left the Coral Sul Floating Liquefied Natural Gas (FLNG) facility, according to Eni, the project’s delegated operator on behalf of its Area 4 Partners (ExxonMobil, CNPC, GALP, KOGAS, and ENH).

Eni CEO Claudio Descalzi commented that “The first shipment of LNG from Coral South project, and from Mozambique, is a new and significant step forward in Eni’s strategy to leverage gas as a source that can contribute in a significant way to Europe’s energy security, also through the increasing diversification of supplies, while also supporting a just and sustainable transition. We will continue to work with our partners to ensure timely valorization of Mozambique’s vast gas resources”.

The industry’s major Coral South project firmly establishes Mozambique on the world LNG scene. Despite the delays brought on by the Covid epidemic, the project, approved in 2017, is completed in under 5 years and within the original budget and time. Thanks to Eni’s unique phased and parallelized methodology, very good execution planning, the strong commitment of all partners, and the steadfast backing of the Government of Mozambique, this result was made possible.

An incorporated joint venture owned by Eni, ExxonMobil, and CNPC that operates Area 4 and holds a 70% interest in the Area 4 exploration and production concession contract is called Mozambique Rovuma Venture S.p.A. (MRV).