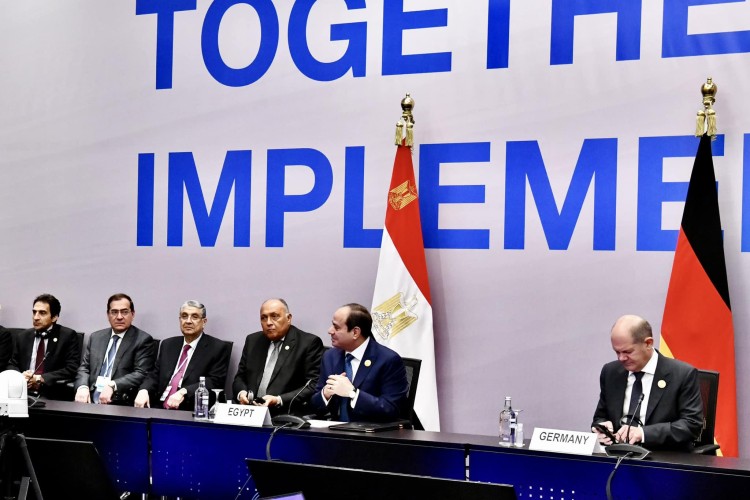 Egyptian President Abdel Fattah El Sisi announced the launching of the Global Forum on Renewable Hydrogen in partnership with Belgium and a number of international partners.

The forum aims to establish a permanent platform for dialogue for the hydrogen-producing and consuming countries as well as international organizations and the private sector.

The announcement comes during El Sisi‘s speech at the round table “Investing in the Future of Energy: Green Hydrogen”, which was held during COP27 in Sharm El-Sheikh.

Green hydrogen comes as one of the most prominent solutions in terms of moving towards a green economy in the coming years, as it represents a real opportunity for economic development in line with efforts to confront climate change and achieve the goals of The Paris Agreement, El Sisi stated.

Meanwhile, El Sisi also participated in the launch of the first phase of the green hydrogen production project of Norway’s SCATEC on the sidelines of COP 27.

The large-scale project will produce green hydrogen in the Suez Canal Economic Zone, one of the most important geographical locations in the world, as it will enable us to export green hydrogen easily to Europe and various other continents, El Sisi noted.

The private sector has gained great confidence in the investment climate in Egypt, and many projects are being implemented in the field of electricity production from wind and solar energy. This confirms the ability of renewable energy to attract foreign direct investment and asserts the role of national institutions in creating an investment climate that enjoys low risks and positive interaction with financing institutions and development partners.