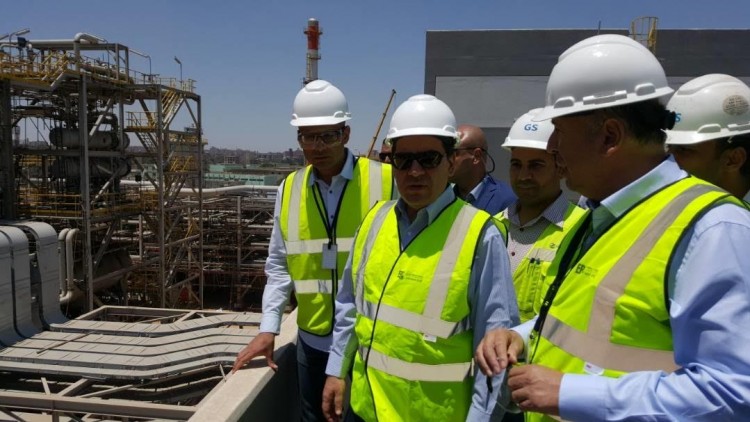 A press release to Egypt Oil&Gas stated that Egypt’s Minister of Petroleum and Mineral Resources, Tarek El Molla, said that implementing new refining projects and developing the existing units is essential to guarantee the success of the currently implemented petroleum strategy, which aims to secure petroleum products  and make sure to reduce the gap between demand and supply in the local market, especially that most of these petroleum products are imported.

This came during El Molla’s visit to the project of the Egyptian Refining Company (ERC) and the project of the Cairo Oil Refining Company (CORC) in Mostorod, accompanied by the First Undersecretary of the Ministry, the Chairman of the Egyptian General Petroleum Corporation (EGPC), the Chairmen of Enppi and Petrojet, EGPC’s Vice-Chairmen for Planning and Projects, Refining and Manufacturing,  and Transport and Distribution, and Qalaa Holdings’ Chairman, Ahmed Heikal.

The tour began by inspecting the construction work in ERC’ project, which is implemented by the petroleum sector with investments of around $3.7b and considered as one of the most important new refining projects. During the tour, El Molla pointed out that the impact of the project on the Egyptian economy is great as it will provide the hard currency to import petroleum products and fulfill the local market’s needs. The project will also contribute to achieving Egypt’s vision of becoming a regional hub. The minister also mentioned that he is hoping to complete the project by the end  of 2017 and start the actual production in 2018.