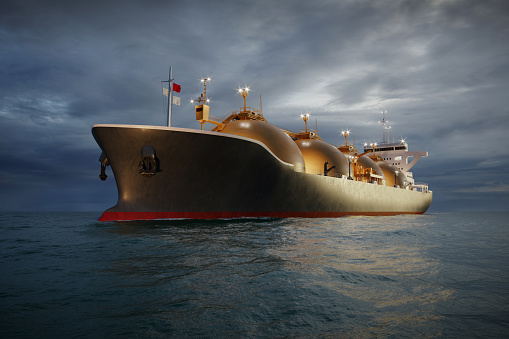 Despite the economic reforms implemented in 2016, Egypt is facing a hard time due to external pressures. The economy was hit by the Russia-Ukraine war even before recovering from the COVID-19 shock. The severe hike in global inflation has widened Egypt’s financing gap.  The government is seeking to secure extra foreign exchange liquidity as soon as possible. Natural gas exports become on top of the government’s potential tools in light of its increasing global prices. However, can natural gas alone narrow the financing gap?

Egypt is trying to find unconventional solutions to increase its natural gas exports. The traditional ways to increase production might take years. Discovering a new natural gas field does not happen overnight. It needs investments of billions of dollars by international oil companies (IOCs), while starting the production from an already discovered field takes years of hard work to reap the fruits of success.

Thus, the government decided to reduce consumption to export some of the natural gas used for electricity generation. In 2021, around 75% of Egypt’s electricity generation was coming from natural gas, according to bp. Electricity rationing measures, proposed by the cabinet, include shutting off indoor and outdoor lighting of state-affiliated buildings outside of working hours, while public places are required to set their AC temperatures at 25C.

Such measures are expected to help redirect around 15% of natural gas, that is currently used in power stations, to exports. However, this may not necessary to dim lights in Cairo streets. In fact, Egypt is already having a power supply surplus. Egypt is the biggest second contributing Arab country to global electricity. It contributed 0.7% of the total global generated electricity in 2021, according to bp statical review of world energy for 2022.

This is not the first time to take such steps.  Since October 2021, a number of power stations have transitioned from using natural gas to mazut, giving the government a greater surplus to export and bringing in around $100-150 million a month, according to Prime Minister Moustafa Madbouly.

The government is aiming, through the new measures, to net an extra $450 million a month in revenues to help shore up foreign exchange liquidity. There is no official statics for Egypt’s current financing gap. This will harden measuring the impact of natural gas extra revenues on the macroeconomic scale.

The impact might need at least three months (financial quarter) to be felt. The latest available data show that Egypt’s oil trade surplus increased by $4.0 billion, to register $ 4.1 billion in the first nine months of the fiscal year (FY) 2021/22, according to the CBE’s Balance of Payments performance in July-March FY 2021/22.

This is mainly due to a hike in the value of natural gas exports to $5.6 billion, of which, $ 2.5 billion were registered in the second quarter of FY2021/22, and $2.6 billion in the third quarter of the same FY. Besides the increasing prices, Egypt succeeded in opening new natural gas importing markets, such as Turkey, Italy, France, Spain, Croatia, and Greece. The electricity consumption cut plan might allow Egypt to export more natural gas. Yet, the impact on the revenues will not appear before Q2 2022/23.

Solutions are Economic, not Financial

Reducing electricity consumption to import extra natural gas might be an effective financial solution in the short run. However, Egypt should take further steps toward applying serious economic structural reforms in the mid-term.  Both fiscal and monetary policies need to be revised.  Energy will indeed play a vital role in these reforms as Egypt is becoming a regional energy hub.

The government should accelerate the efforts of diversifying the energy mix to successfully achieve its goals of producing 42% of electricity from renewable sources by 2023, according to Egypt’s strategy published on the New and Renewable Energy Authority’s website.

Moreover, extra foreign direct investment (FDI) should be pumped into the oil and gas industry to secure high production levels of natural gas in the future. Especially, in the light of the high population growth rate, which creates higher demand for energy.

Unfortunately, FDI in the Egyptian oil and gas sector registered net outflows of $ 1.7 billion during the first nine months of FY2021/22, according to the CBE. This mainly happened because of the rise in outflows, representing cost recovery for exploration, development and operations previously incurred by foreign partners. In addition, there was a decline in the total inflows represented in greenfield investments by IOCs.

No one knows when the Russia-Ukraine war will end. The longer time it takes, the higher will be the cost, burdened by the Egyptian budget.