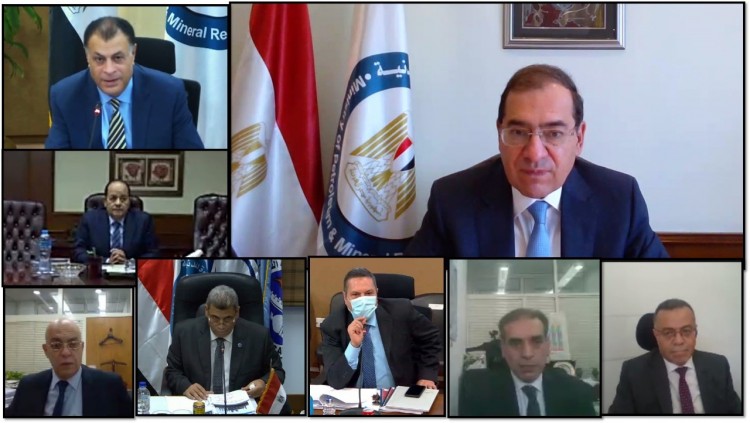 Minister of Petroleum and Mineral Resources, Tarek El Molla, stressed the importance of continuous development and modernization of the refining system to improve performance efficiency and reduce waste.

This statement came during the general assembly meeting chaired by Petroleum Minister, to review the performance of Cairo Oil Refining Company (CORC) in FY 2020/21.

During the meeting El Molla applauded the role of the company, saying that Mostorod  and Tanta refineries provided petroleum products to the Greater Cairo area and part of  the Delta region.

For his part, Hisham Al-Bakl, CORC’s Chairman, stated that the company refined more than 7.5 million tons of crude during the year in its two refineries in Mostorod and Tanta, which contributed to securing part of the local market needs. He added that the production capacity expanded to 3.2 million tons of gasoline, 1.5 million tons of diesel, more than 400,000 tons of jet fuel, in addition to kerosene, solvents and others.

Al- Bakel also highlighted the execution of 3 projects, aimed at rationalizing energy use.