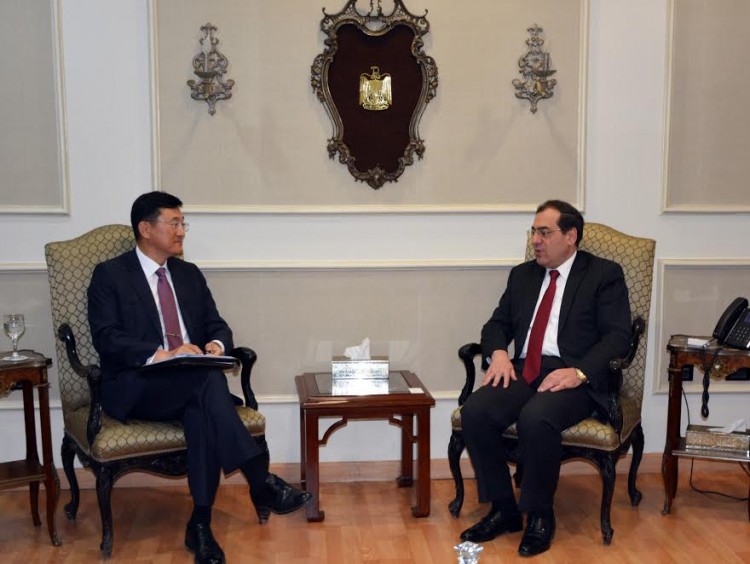 A press release to Egypt Oil&Gas stated that Minister, Tarek El Molla, has met with South Korean Ambassador to Egypt, Yoon Soon Gu, to review the activities of Korean oil and gas companies. The meeting discussed possible business growth in the petroleum sector during the upcoming period, which is witnessing implementing mega projects, particularly in the field of refining and petrochemicals.

El Molla said that the Korean companies have a great opportunity to expand their business in Egypt as the government has recently adopted a systematic approach to attract foreign direct investments.

During the meeting, El Molla and Gu discussed the Egyptian Refining Project, which is worth of $3.7b and implemented by GS the Korean Engineering & Constructions company. The project comes part of the  projects implementation plan put forward by the Egyptian petroleum sector to increase production rates, with a total investment of more than $8b.