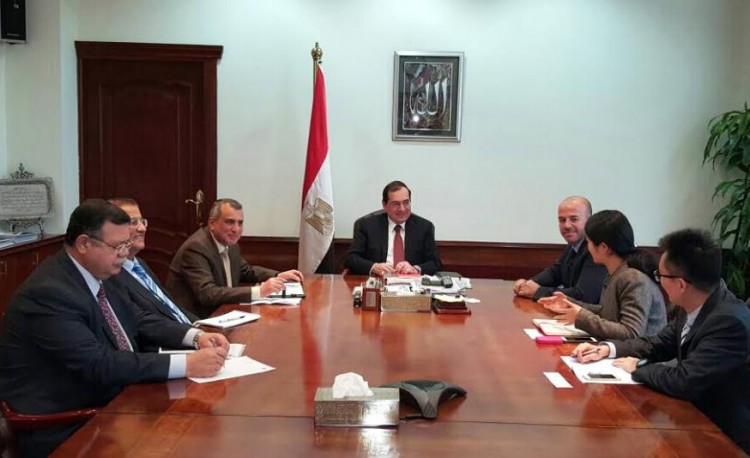 A press release to Egypt Oil&Gas stated that The Egyptian Ministry of Petroleum and Mineral Resources, Tarek El Molla, met with Industrial and Commercial Bank of China ( ICBC) delegation headed by Evy Tsai, the General Manager of ICBC’s Africa Branch.

El Molla said that the government’s strategy is moving forward in line with prompting financial institutions to bring in investment in Egypt.

In this regards, Tsai gave an overview of the Chinese projects financed by ICBC in Egypt including the first phase of  the proposed new capital of Egypt,  the phosphate complex project,  the coal power plants in Hamrawein, in addition to developing Abu Qer railway in Alexandria.

Furthermore, El Molla has shed lights on the promising areas of contribution between the ministry and ICBC ,particularly  petrochemical projects. He also discussed  funding research and exploration projects in a number of General Petroleum Corporation’s concession areas.

As the meeting came to an end, it was agreed to prepare a list of projects to be submitted to ICBC for consideration.