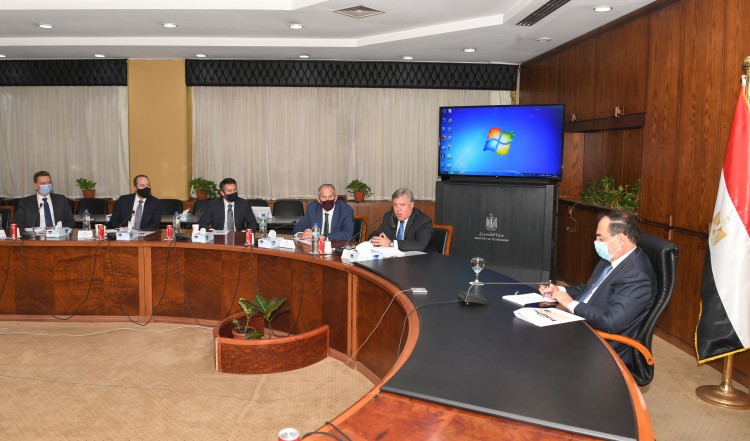 Minister of Petroleum and Mineral Resources Tarek El Molla has discussed avenues of cooperation in exploration and production (E&P)  with Chevron company that is going to conduct E&P works in areas at the Red Sea and the Mediterranean, a press release announced.

The cooperation plans were discussed during  a meeting between El Molla and a delegation from Chevron, which was headed by Clay Neff the company’s President for Africa, MENA and Latin America Exploration and Production in attendance of senior officials from the petroleum sector.

El Molla affirmed that Chevron’s move to expand its investments in Egypt is built on the great improvement of the investment climate in Egypt and the implementation of successful reform programs across vital sectors; such as oil and gas, in addition to the success of establishing the East Mediterranean Gas Forum (EMGF).

During the meeting, the two parties showcased the progress of Chevron E&P activities in the four areas where Chevron is the operator, including north Sidi Barrani, north Dabaa, offshore Nargis, and block 1 in the Red Sea –with minimum investments of $360 million.

Moreover, they reviewed the company’s E&P operations in north Cleopatra and north Marina in which Chevron is working in partnership with Shell.

Further, the two sides reviewed the results of the 3D seismic surveys and data analysis.