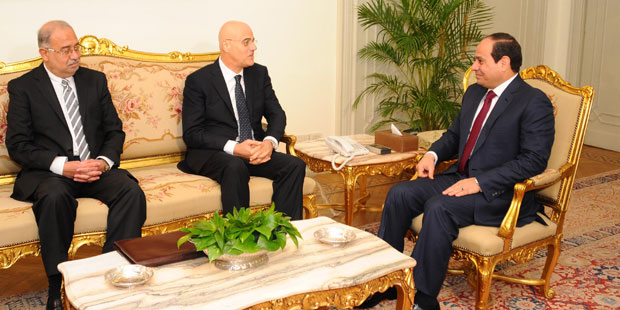 President Sisi lauded the activity of the company in Egypt and its achievements. For his part, Descalzi noted that ENI has signed an agreement in June 2015 to increase its investments in Egypt, which he said, would contribute to promoting ties between Egypt and Italy.