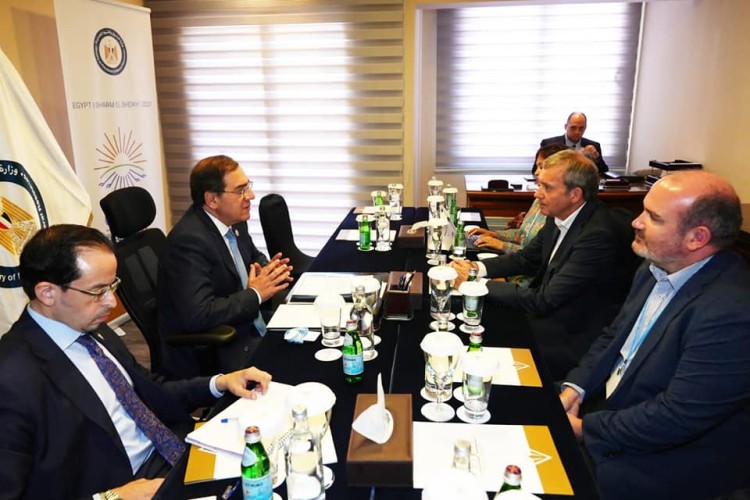 Minister of Petroleum and Mineral Resources Tarek El Molla met with Reece Whitby, Australian Minister of Environment and Climate Action, as part of a series of bilateral meetings he is holding in Sharm El Sheikh, where is attending COP 27.

During the meeting, El Molla highlighted the need to expedite energy transformation projects, reduce carbon emissions, produce green hydrogen, and rely on modern technology and technology in the field of mining to preserve the environment, especially since Australia has pioneering experiences and advanced technologies and expertise in this vital field.

There are promising opportunities in Egypt in the field of mining after the legislative reforms that have taken place, and it has become an attractive sector for investment, El Molla said, adding that there are actually Australian mining companies working in Egypt, and we look forward to having similar cooperation with Australia in producing green hydrogen in Egypt.

For his part, Whitby said that Egypt presents a wonderful model for hosting the climate summit, which will produce positive results in the areas of energy transition and emissions reduction. Whitby explained that there are great efforts in Australia to achieve zero emissions in the oil and gas industry by 2050, highlighting the need to rely on renewable energy while continuing to rely on gas in the energy transition.

Additionally, Whitby pointed out the need to rely on renewable energy while continuing to rely on gas in the energy transition, adding that projects to produce green hydrogen and reduce emissions will lead to dependence on gas for a longer period.