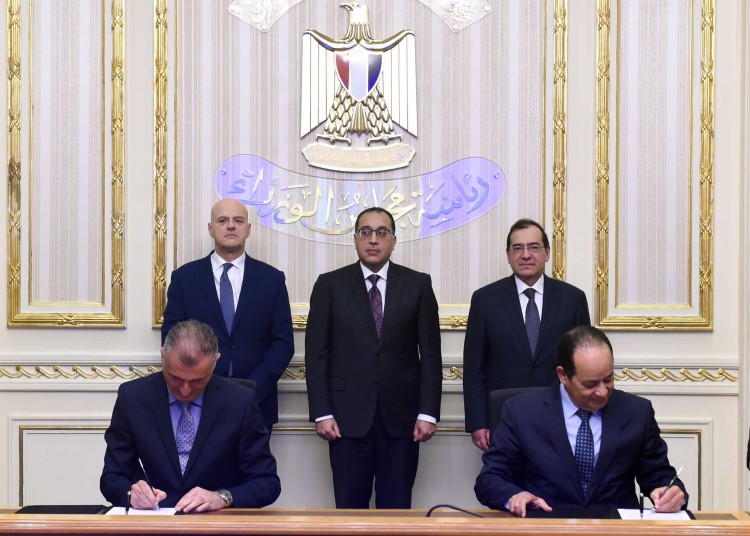 Prime Minister Mostafa Madbouly witnessed the signing ceremony of a framework agreement for cooperation in the field of natural gas and its export, between the Egyptian Natural Gas Holding Company (EGAS) and the Italian energy firm Eni.

The goal of the agreement is to achieve the optimal exploitation of the Egyptian gas reserves by maximizing the joint production between the two sides, in a way that contributes to the efforts of EGAS and Eni to identify new activities and opportunities in order to increase gas production rates in the short term.

The agreement also aims to exploit the great potential available in the field of research and exploration in Egypt, especially in the Nile Delta, the Eastern Mediterranean, and the Western Desert, through campaigns to intensify the search and exploration operations in its current concession sectors and the areas it recently acquired.

The framework agreement provides an opportunity to secure shipments of liquefied natural gas (LNG) to be exported from the Damietta gas liquefaction plant to Italy or Europe.