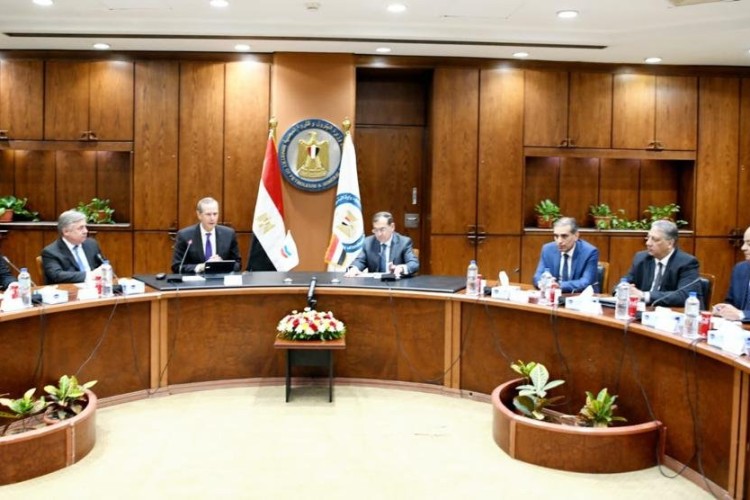 Minister of Petroleum and Mineral Resources Tarek El Molla has witnessed the signing of a memorandum of understanding (MoU) between the Egyptian Gas Holding Company (EGAS) and Chevron to cooperate in the fields of liquefying, exporting, importing, and exporting gas from the East Mediterranean through Egypt.

The MoU was signed by Magdy Galal, the Head of EGAS, and Jeff Ewing, Chevron East Mediterranean Managing Director, aiming to develop the needed infrastructure to transport the available natural gas from the East Mediterranean to Egypt. The two parties also agreed to form a negotiation committee to allow all parties to agree on future projects in this regard as well as to conduct studies on producing low-carbon liquefied natural gas (LNG).

In the same context, El Molla met with Mike Wirth, Chairman of the Board and CEO of Chevron, to discuss mutual cooperation between the two sides as well as the exploration and production operations of Chevron.

From his side, Wirth declared that he has a plan to drill the first exploratory well in its concession area on the Mediterranean next September. He also expressed his company’s commitment to expanding in Egypt using its technical and human expertise.

In addition, Wirth mentioned that Chevron’s facility in 6 October City can meet the domestic market needs and Africa. He also discussed the available investment opportunities in petrochemicals and advanced technologies.

The Chairman also expressed his company’s readiness to have a key role in the COP 27 summit and cooperate in projects that improve the environmental situation of the energy industry.