ECHEM to Implement 4 Projects Worth $5b 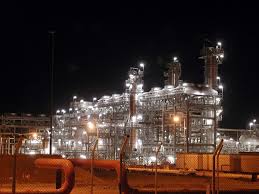 The Egyptian Petrochemicals Holding Company (ECHEM) is studying the execution of four projects worth $5b. The projects will produce derivatives of propylene, ammonium, formaldehyde, and medium density fiberboard (MDF), reported Daily News Egypt.

Business Development Engineer at ECHEM, Nouran Salah, stated that the company is going to finalize the technical and financial studies for the propylene production projects in March 2017, in cooperation with the consulting firm Technip.

Salah further added that the investments of the project are estimated at $2b. The project will start in the second quarter of 2017, as the company will begin negotiations with financiers as soon as studies are completed.

ECHEM is now studying the ammonium, formaldehyde, and MDF projects, in which it will contract a consulting firm in order to prepare the technical and financial feasibility studies within three months, and will take 12 months to complete the projects.

Additionally, Salah pointed out that the company is negotiating with Alexandria National Refining and Petrochemical Company to buy hydrogen.

ECHEM had previously conducted 7 projects in Suez, Port Said, Damietta, and Alexandria in the framework of the national plan for the petrochemical sector with total investments of $8b.