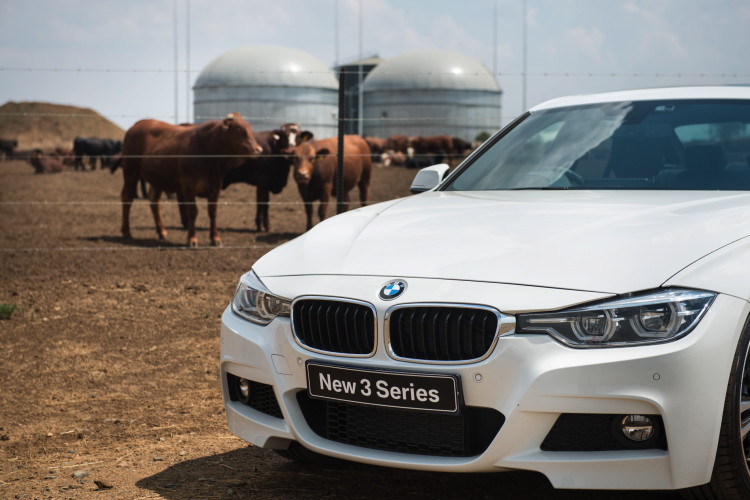 One of the top customers for South Africa’s Bio2Watt power plant is German car manufacturer BMW in Pretoria, reported the Mail & Guardian Africa.

“At present, (the plant) consumes around 12 megawatts per hour and about 30% of that (3-4 megawatts) per hour is generated by Bio2Watt—that is 30% of green electricity,” said Edward Makwana, director of communications for BMW South Africa.

“Every day, 120 tons of manure and 66 tons of recycled paper are mixed in one of these tanks,” Bio2Watt project manager Steven Roux said.

The dung, decaying by itself thanks to bacteria, is combined with old yoghurt, fruit juice and abattoir waste, bubbling at 52 degrees Celsius for 22 days.

“While the bacteria is breaking down the waste, it’s producing methane gas, which is our primary fuel for our combustion engine—similar to that of a car”, explained project creator Sean Thomas.

The engine is connected to an alternator which results in: 4.4 megawatts (MW) of electricity, enough to power a village of about 1,500 people, said Thomas.

According to the New Straits Times the French Development Agency has just handed over $6.79m to help the power plant.

A law banning organic waste from dump sites has also been a major boon to this growing enterprise.

Thomas also insisted that in about three years the plant would be competitive with the national provider Eskom, which provides power at a cheaper price but was nonetheless causing blackouts.

“Once the waste has gone through the process, the liquid is used to irrigate the surrounding farming land and the solid is sold back to the farmers as a high quality fertiliser,” added Thomas. “It’s a win-win situation.”