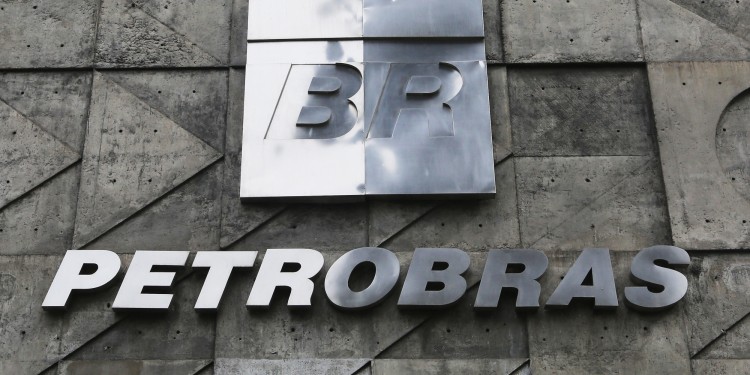 Brazil’s national oil company said a graft scandal cost it 6.2 billion reais ($2.1 billion) after a five-month internal debate that shut off access to bond markets, cost the chief executive her job and destabilized the country’s politics.

By disclosing the charge in its first audited results since August, Petrobras opens the way for renewed access to financial markets. Shares of the world’s most-indebted oil company rose in New York even after it reported a net loss of 21.6 billion reais for 2014.

“However the market interprets the number, actually arriving at a number creates more credibility,” Rafael Cortez, a political analyst at Tendencias Consultoria, said by phone from Sao Paulo.

As Chief Executive Officer Aldemir Bendine seeks to contain damage from scandal — a decade of alleged kickbacks, bribes and inflated construction contracts — he’s also grappling with the lowest oil prices in six years and cost overruns that contributed to a 44.6 billion reais impairment in 2014. The company opted not to pay dividends to preserve cash and reduced its 2016 investment budget by 37 percent to $25 billion.

“Today is an important day, not only for us but for the whole company,” Bendine told reporters on Wednesday in Rio de Janeiro. “We are cleaning up mistakes.”

The so-called Carwash scandal has made it more difficult for Brazilian President Dilma Rousseff, a former chairman of Petrobras, to enact economic reforms as her popularity falls to all-time lows. The investigation has also cast a shadow over the nation’s bond market, with no Brazilian companies selling debt overseas since Nov. 14.

“One of the darkest clouds hanging over Brazil is being lifted,” said Nicholas Spiro, the managing director at Spiro Sovereign Strategy in London. “Yet while the company may avert a technical default, the fallout from the scandal has yet to run its course. More importantly, the political damage from the affair is huge.”

A lack of consensus within the company over the size of the writedowns prompted CEO Maria das Gracas Foster to resign. She was replaced Feb. 6 by Bendine, the former CEO of state-run Banco do Brasil SA.

While Petrobras, known formally as Petroleo Brasileiro SA, still has “giant” challenges ahead, the reported losses are in line with analyst estimates, according to Adriano Pires, the head of Rio-based consultancy CBIE.

Impairments include about 31 billion reais for delays and overruns at the Abreu e Lima and Comperj processing plants and 10 billion reais to reflect lower energy prices. The company will present a revised business plan in about 30 days, Bendine said.

“After years of over promising and under delivering, they are finally setting expectations low enough that they can beat them,” James Gulbrandsen, a Rio de Janeiro-based partner and chief investment officer at NCH Brazil, said in an e-mail. “That’s a good thing.”

A combination of missed production targets, mounting debt and gasoline subsidies has eroded confidence in the biggest producer in deep waters, shrinking its market value to about $60 billion from $310 billion in 2008.

The list of troubles at Petrobras swelled since last year when police arrested its former head of refining, Paulo Roberto Costa, revealing a money-laundering and corruption scandal.

Petrobras has been taking measures to strengthen its corporate governance and internal controls, including the establishment of a new compliance, governance and risk directory, and is seeking reimbursement for damages.

The company’s American depositary receipts have climbed 12 percent since April 13, when the company said it would present the delayed results to the board. The ADRs added 0.5 percent to $8.97 in trading after the official close of U.S. exchanges on Wednesday.

Petrobras had its credit rating cut to junk by Moody’s Investors Service on Feb. 24. Releasing earnings, which were delayed as the company grappled with a way to book graft costs, averts a potential acceleration of debt payments.

This month, Petrobras obtained more than $9 billion from bank loans, credit lines and a platform sale and leaseback accord to cover funding needs for 2015.

“If the company is able to conclusively address its near-term liquidity risks, its ratings could be upgraded, although likely not to investment grade,” Moody’s said Feb. 24.

Petrobras has missed annual production goals each year in the past decade. While output from its pre-salt discoveries has risen to more than 700,000 barrels a day, the decline in older reservoirs together with operational delays have largely eroded the gains.

Since 2011, the government has forced the company to sell gasoline and diesel at below-market prices, an inflation-fighting measure that generated tens of billions of dollars in operating losses at its refining division. Petrobras took on an additional $35 billion in debt over the period as a result of the policy, according to Credit Suisse.

Petrobras is selling imported gasoline and diesel at a small premium following the drop in global crude prices, and is unlikely to increase them anytime soon, according to Credit Suisse.

“The publication of results is just the kickoff for resuming other discussions in the company,” Karina Freitas, an analyst at brokerage Concordia, said by telephone from Sao Paulo before the release. “Once there’s a clear signal on leverage levels, the next step would be the operational side: production levels, fuel price policies, investments.”