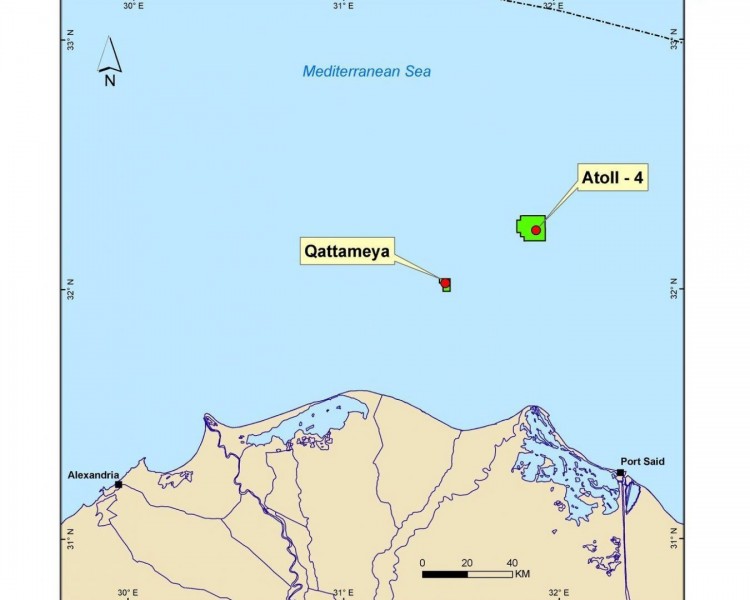 BP company announced it has started natural gas production from Qattameya gas field in the North Damietta offshore concession and Atoll-4 field, according to a statement published on BP Facebook Official Page.

According to the statement, Atoll-4 will be tied back to Atoll facilities and will help maintain production rate of Atoll field at 360 mmscf/d of natural gas, noting that all produced gas will be directed to the Egyptian national grid.