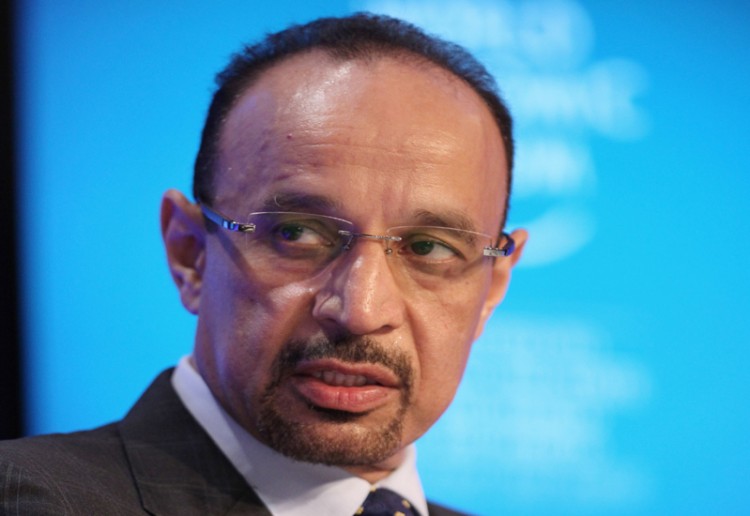 World oil prices have fallen too far, the president of state-owned energy giant Saudi Aramco said on Tuesday, stressing it was for the market not OPEC producers to shore them up.
“It’s too low for everybody,” Khalid Al Falih told a conference.
“I think even consumers start to suffer in the long term.”
Al Falih also said American shale oil production is important for the world’s long-term energy future and Saudi Aramco has marked an additional $7 billion for its own shale projects.
Saudi Aramco is the world’s largest oil company in terms of crude production and exports.
The kingdom is the leading exporter and top producer in the OPEC.
In November, the cartel decided to maintain its output ceiling at 30 million barrels per day, deepening the global price drop which began in June.
Oil was then trading at more than $100 a barrel but on Tuesday international benchmark Brent crude for March delivery was fetching just $48.28 in Asian trade.
Saudi Oil Minister Ali Al Naimi has been quoted as saying it is unfair to expect the cartel to reduce output if non-members, who account for most of the world’s crude production, do not.
Al Falih reiterated that policy, saying: “Saudi Arabia will not single-handedly balance the market on a downturn.”
The company’s production has been steady over the past few years, while domestic demand rose and exports gradually declined, he said.
“So the reason for the imbalance in the market absolutely has nothing to do with Saudi Arabia,” Al Falih told the Global Competitiveness Forum
The annual event, organised by the kingdom, brings together senior Saudi officials and world business leaders.
Al Falih said “it will take time” for the current excess supply to be removed.
He declined to speculate on the price at which the market will ultimately settle.
“It will be the price that will balance supply and demand. I think we’re going to just wait for the forces of supply and demand,” he said.
Saudi Arabia, the only producer with significant spare capacity, had traditionally acted to stabilise the market by adjusting output.
Technological innovations have unlocked shale resources in North America and raised US oil output by more than 40% since 2006, but at a production cost which can be three or four times that of extracting Middle Eastern oil.
In an increasingly competitive market, analysts have said the kingdom is content to see shale oil producers suffer from low prices.
But Al Falih said: “US shale is needed, is welcome, on the global scene,” because the world will require more energy resources for a growing population.
The economy is still going to be driven by oil and gas for generations, he said.
Al Falih added that US shale innovation had led the way for Saudi Arabia to pursue similar techniques.
“Saudi Aramco has invested already $3 billion in developing our unconventional gas. We just earmarked an additional seven (billion). This is the first time I share this publicly,” he told the forum.
“Saudi Arabia will be the next frontier after the US where shale and unconventional will make a contribution to our energy mix, especially gas.”