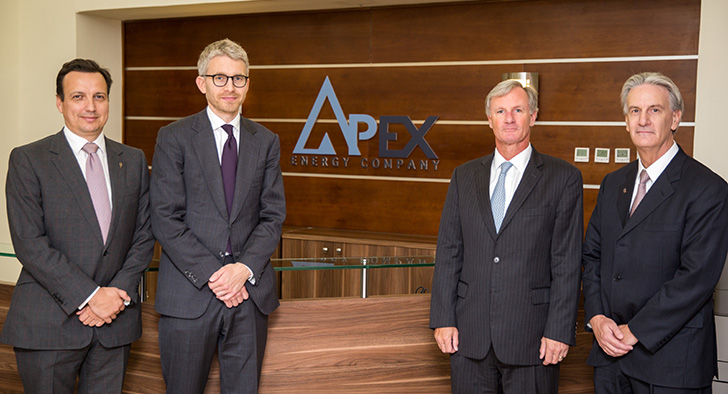 Apex International Energy has been awarded its first blocks in Egypt for a minimum investment in two concessions of $27.4m in first exploration phase, the company informed Egypt Oil&Gas in a press release.

Apex International Energy, an independent oil and gas exploration and production company focused on Egypt, announced in a press release that it has been awarded Blocks 8 and 9 by the Egyptian General Petroleum Company (EGPC) from their 2016 Bid Round. Apex has committed to invest $27. 4m during the first exploration phase to acquire and process 3D seismic and drill six exploration wells.

Roger B. Plank, Founder and CEO of Apex, said: “We are delighted that EGPC has awarded Apex our first concessions in Egypt, enabling us to establish a foothold in the prolific Western Desert. With 1.7 million acres now in hand, this is an important step in our mission to build an oil and gas business of scale in Egypt and we are eager to start investing in the considerable potential of these Blocks.”

In addition, Thomas M. Maher, President and COO of the company, added: “We are pleased to have been awarded these Blocks and look forward to working closely with EGPC and the Ministry of Petroleum to finalize the Concession Agreements as quickly as possible. Apex looks forward to applying our broad industry experience together with modern exploration and production technologies to develop the Blocks to their maximum potential.”

Previously, in an exclusive interview with Egypt Oil&Gas, Roger B. Plank, Apex International’s founder and CEO, revealed the company’s business plans in Egypt.