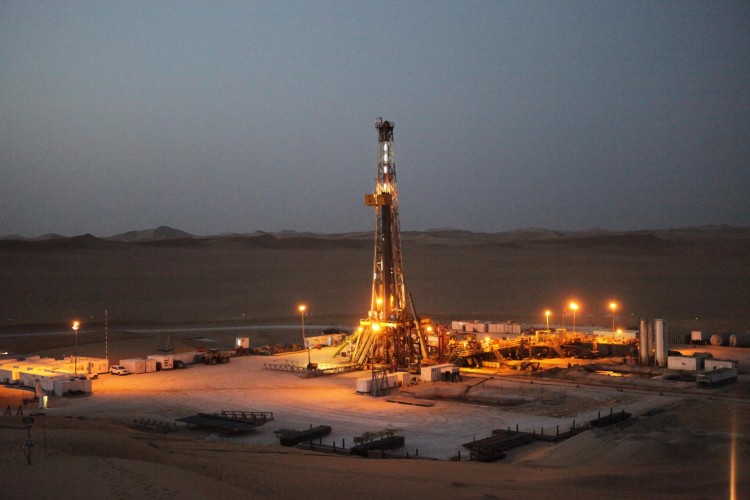 When Abdelaziz Bouteflika ran for a fourth term as Algeria’s president a year ago, the opposition cautioned that he would be too sick to govern.

Those fears proved well-founded: The 78-year-old leader has been almost totally absent since his April 2013 stroke. Since his re-election, Bouteflika has presided over only three cabinet meetings, and each lasted just long enough for the TV cameras to capture, said a high-ranking official present at the time.

Speaking on condition of anonymity because he wasn’t authorized to discuss the matter, the official said the business of government has been paralyzed because ministers cannot submit new laws to parliament without the president.

The absence of Algeria’s stricken president from daily life is being felt more keenly than ever as the basis of this oil-rich North African nation’s stability, its oil money, is under threat.

“This situation was totally predictable,” said Soufiane Djalili, the young leader of the opposition New Generation Party. “Before last April’s election, we said that once Bouteflika is elected, he will return home and the country will fall apart — and that’s what’s been happening.”

With a powerful army and plenty of money from its huge oil and gas reserves, Algeria has always been able to muddle through despite a leadership long resistant to reforms. But the dramatic drop in oil prices over the last six months has thrown its whole model in question at a time when many see a vacuum at the highest levels of leadership.

U.S. intelligence agencies have concluded that the country is vulnerable to unrest because of the sclerotic, aging government, a young population with few job prospects and rising threats along its desert borders.

Algeria is a major supplier of natural gas to Europe and a lynchpin of stability bordering Mali and Libya, two hotbeds of radical Islamic groups.

Bouteflika, who was re-elected April 17 last year with more than 80 percent of the vote, was credited with bringing the country out of its brutal civil war in the 1990s and overseeing a period of prosperity supported by high oil prices.

But these days the leader rarely leaves his residence in Zeralda, to the west of the capital Algiers, where he receives foreign leaders in brief televised appearances.

Djalili, who warned that the president was not physically capable of running the country, said he feared that it was his entourage running the show.

The president’s supporters counter that he is in fine health. “Bouteflika is in total possession of his faculties and follows all the issues with the members of the government who give him daily updates,” according to Said Bouhadja, the ruling party’s spokesman.

The country needs to curb its spending and diversify its economy — in other words dramatically change its economic model. But there appears to be no one able to make the necessary decisions.

Two months ago, a cabinet meeting chaired by Bouteflika announced substantial cuts for all ministries. But economist Omar Allam said none of them has been implemented.

“The import lobbies, which like in Russia are a powerful class of their own, are against these measures,” he said. “These powerful lobbies have links to the highest levels of power and with a sick president, there is no one strong enough and legitimate enough to say stop.”

Algeria was largely untouched by the pro-democracy uprisings of the Arab Spring, thanks in part to memories of the civil war in the 1990s and deep government pockets. Demonstrations are almost a daily occurrence, but they tend to be small and over material demands that are relatively easily satisfied, such as calls for higher wages.

Since the beginning of the year, there have also been surprisingly persistent demonstrations in the desert south, where the oil is located, over plans to exploit shale gas reserves. Residents fear the adverse environmental effects on scarce water resources, even while the government badly needs the alternate source of income.

“Either they can reduce spending and try to deal with the situation in that way or just they can ignore it and hope that prices will bounce back and that is the approach they are actually taking,” he said. “If we were to go through 10-year-long depression in oil prices, then it would be a problem.”