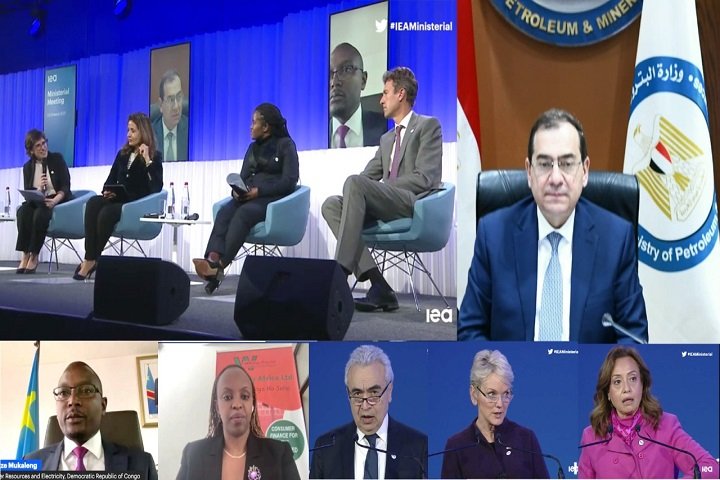 The Executive Director of the International Energy Agency (IEA), Fatih Birol, has highlighted that Africa is one of the priorities of IEA while considering climate change issue and energy transition as the African population will be doubled during the next two decades which will affect their energy demand, according to a press release issued by the Ministry of Petroleum and Mineral Resources.

Birol’s remarks came in his opening speech of the IEA conference which was held in the headquarters of the Economic Cooperation Organization in Paris with the participation of Amani Abou-Zeid, the Commissioner for Infrastructure and Energy at the African Union Commission (AUC) and Jennifer M. Granholm, the U.S. Secretary of Energy.

Birol elaborated that in spite of Africa’s big sources of energy including solar energy,  the amount of electricity from solar energy is very low.

He noted that the climate change impacts the African population greatly, although they only produce less than 2% of world emissions.  He agreed with Abou-Zeid to put the issue of Africa’s renewable energy investments as one of the main topic in the international summit COP 27 that will be hosted by Egypt.

The US energy Secretary affirmed her country’s support to the energy transition efforts referring to the progress achieved by a number of African governments in this regard during the past two decades.

She indicated that with the targeted investments and the desired support, African governments will be able to build the necessary infrastructure to provide energy at a reasonable price to its growing population.

“The most important challenges of energy are financing, high costs and inequality,” she explained. Abuo- Zeid emphasized the importance of accelerating the development of financing mechanisms, which should be a priority during the COP27 climate summit.