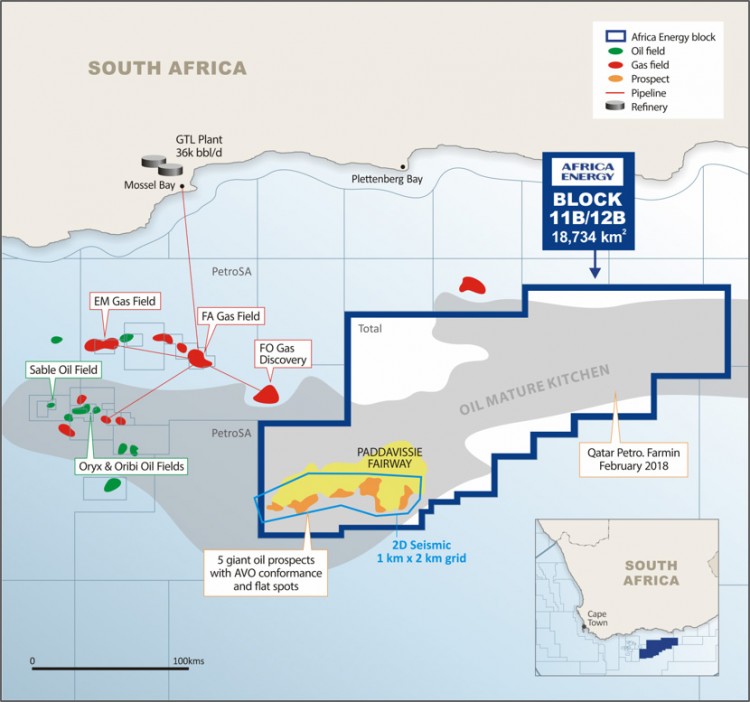 Africa Energy Corporation has signed definitive agreements to increase the company’s effective interest in Block 11B/12B offshore South Africa from 4.9% to 10%, according to a press release.

Garrett Soden, the company’s CEO, commented: “Block 11B/12B offshore South Africa contains one of the most exciting oil and gas exploration plays in the world today. In anticipation of the Luiperd-1X well results expected later this year, we have agreed with Impact and Arostyle to simplify and consolidate Main Street’s 10% interest in Block 11B/12B under Africa Energy.”

In terms of financing, Africa Energy is looking to obtain the indirect financial interest of Impact Oil & Gas SA Blocks 11B-12B Limited. In addition, Africa Energy will then obtain an option from Arostyle Investments, which holds 51% of the shares in Main Street, to acquire the entire participating interest after drilling the Luiperd-1X well.