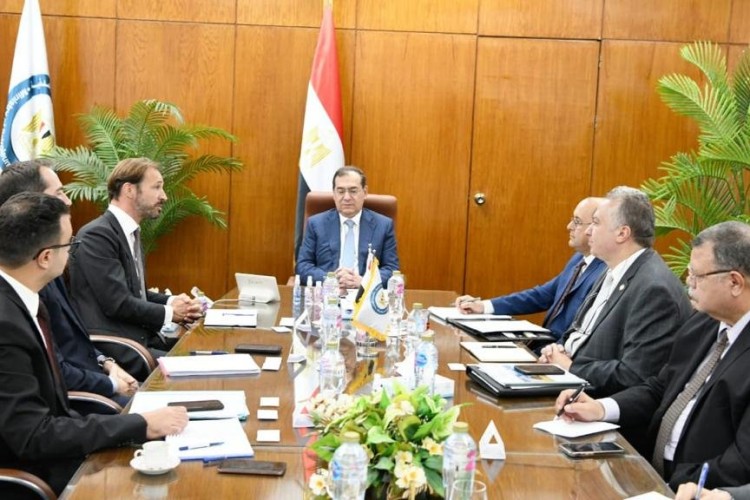 In a meeting with Minister of Petroleum and Mineral Resources Tarek El Molla, Yves Jacob, Head of the Private Sector at France’s Societe Générale, praised Egypt’s development strategy, confirming that Societe Générale is keen to expand its portfolio in the Egyptian petroleum sector and identify the best available opportunities for investments.

During the meeting, which was also attended by Societe Générale’s CEO in the Middle East Aymeric Arnaud, the two parties discussed Egypt’s preparations to host COP 27.

El Molla stated that the petroleum sector portfolio currently has many oil, gas, petrochemicals and refinery projects as part of the sector’s modernization efforts.

He added that Egypt is also  implementing a lot of projects and initiatives for emissions reduction and carbon capture and storage to be used in many petroleum sites in cooperation with the international companies working in Egypt and it will be announced during COP 27 in Sharm El Sheikh.

El Molla invited the French delegation to attend the Egypt Mining Forum which will be held in July as it will be a unique opportunity for reviewing the reforms that had been implemented in the mining sector to increase its contribution to the gross domestic product (GDP).