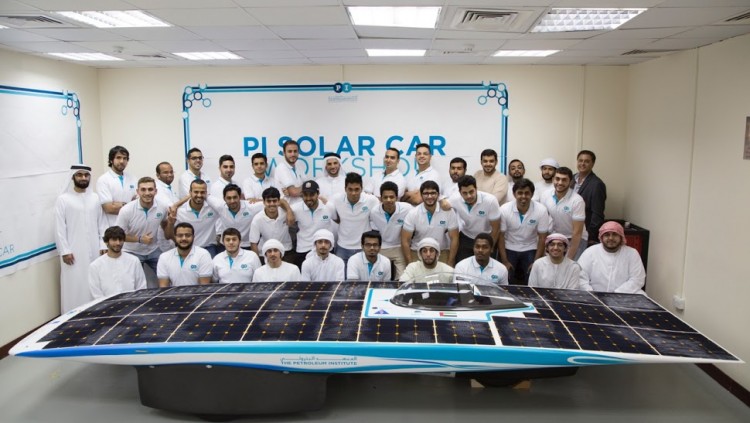 Yas Mall is set to showcase a solar car, conceived in Japan, but built by students in Abu Dhabi, which debuted at a race earlier this year.

The Abu Dhabi’s Petroleum Institute Research Center and University solar car will return by popular demand to be viewed on April 1 in the capital’s leading lifestyle destination, said a statement.

The concept around the solar car was born in 2013 at the World Future Energy Summit when Tokai University displayed its solar car, ‘Tokai Challenger 2011,’ which caught the eye of Sheikh Mohammed bin Zayed Al Nahyan, inspiring him to kick-start a project in the capital, working with the students at the Petroleum Institute Research Center and University (PI).

The result is an aerodynamic car that has been designed by the engineers of tomorrow to be efficient and lightweight with tyres, which are seven to eight times more efficient than passenger cars, it said.

Talal Al Dhiyebi, chief development officer at Aldar Properties, said: “Yas Mall has an unrivalled commitment to creating a sustainable future for the capital, incorporating sustainability into our construction, cleaning and waste management.

“We are proud to be hosting the solar car in Town Square created by the engineering stars of tomorrow, increasing environmental awareness in the UAE.”

The solar car first made an appearance during Abu Dhabi Sustainability Week at the The Abu Dhabi Solar Challenge 2015; the first ever solar powered challenge in the Middle East, said the statement.

The local team finished second by only two and a half minutes, after racing for over 13 hours in total, against a field of strong international competition, it added.