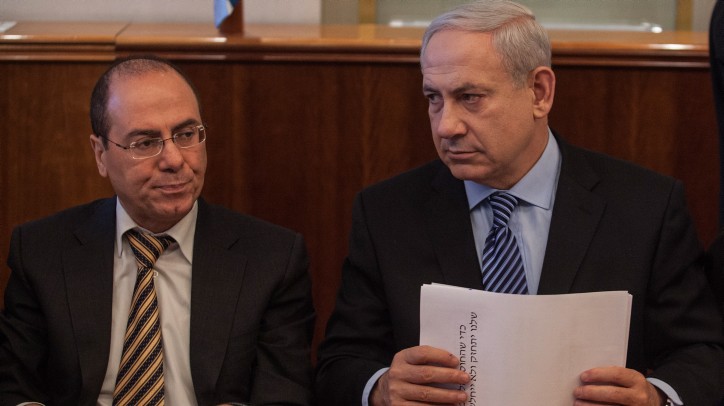 Under the terms of the $500-million deal, the Tamar natural gas reservoir partnership will sell 1.87 bcm of natural gas to Jordanian companies Arab Potash and its affiliate Jordan Bromine over the next 15 years.

Shalom called the deal a “historic and significant agreement in Israel’s foreign relations” and asserted that the cooperation between the two countries would open the door to additional agreements with other regional countries.

“Despite the difficulties in recent months, this initial deal will solidify Israel’s status as an international energy supplier,” Shalom said in a statement.

The deal has faced obstacles in both countries, stalling the agreement several times last year.

In December, Israel’s anti-trust authority sought to void the partnership that allows its chief companies — the US-based Noble Energy and Israel’s Delek Group — to develop the Leviathan and Tamar gas sites in the Mediterranean, over concerns the companies would monopolize the market.

The decision meant that Noble and Delek would have to sell their shares in either Leviathan or the smaller Tamar field, or break up the consortium.

Talks between Amman and Jerusalem throughout 2014 over a proposed gas pipeline sparked an angry backlash in Jordan, with many politicians rejecting the agreement for political reasons.

In February, the Tamar partnership signed a $1.2-billion deal with Egyptian company Dolphinus Holdings to export five bcm of natural gas over the next five years.

In 2013, Israel decided to export 40% of the country’s offshore gas finds, in an effort to transform Israel from an energy importer to a major world player in the gas market.