WHO IS KIDNAPPING FOREIGNERS? A HISTORY OF SINAI STATE 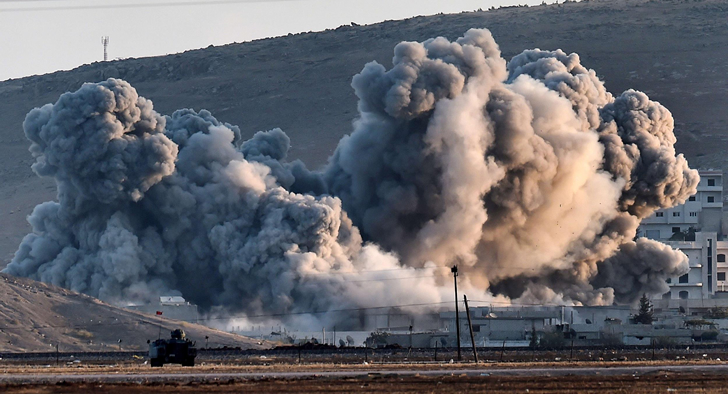 On July 22nd, armed men stepped in front of Tomislav Salopek’s car just outside Cairo’s western suburb of 6th October City. Forcing the vehicle to a stop, the men quickly grabbed Salopek and bundled him into a waiting car. Then they were gone, leaving only a trail of dust behind them.

Salopek, an employee of Ardiseis Egypt—a UAE-based subsidiary jointly owned by CGG and TAQA—was traveling to a location just outside the city to do some seismic work for a land acquisition project. While there has been widely reported instability in the country’s far-flung governorate of North Sinai, Cairo has historically been noted for its relative safety, especially for foreign guests and workers. There hasn’t been a kidnapping in Cairo in over five years. Following the kidnapping, very little detail was known about the incident.

The kidnapping, just a week ahead of grand plans to unveil the new expansion of the Suez Canal, seemed timed to embarrass the Egyptian government, possibly with the intention of also shaming France. Because of the nature of the case, few details have been officially confirmed, but some news outlets reported that Salopek wasn’t the target at all, and the group actually intended to kidnap a French employee. As French President François Hollande was slated to attend the Suez Canal inauguration, a French national held captive would be a publicity coup for the group.

When Salopek was taken, the militants left behind his driver. Details began to emerge in the weeks after the attack, giving a few clues about the nature of the group. Reports suggested that the men had “strong Bedouin accents” and that the group was not known to security services. However, about two weeks after the kidnapping, the militant group Sinai State released a statement saying that they were now holding Salopek, and that they would only release him if the Egyptian released “all female Muslim prisoners” held in Egyptian jails. With a country with a 94% percent Muslim-majority, this was no small request. The group went on to say that if their demands were not met within 48 hours, they would execute their prisoner.

Sinai State has pledged allegiance to IS, and as Salopek was the first Croat ever kidnapped by the group, the Croatian government responded immediately to the threats. Foreign Minister Vesna Pusic traveled to Cairo to meet with her Egyptian counterpart. The Croatian Foreign Ministry released a statement about the situation:

“We are continuing the intense work on resolving the crisis involving the kidnapped Croatian citizen. The government and the Ministry of Foreign and European Affairs are doing everything in their power and utilizing all available mechanisms. We understand the public and media’s interest, but due to the sensitive nature of the situation we cannot give more detailed information at the moment,” read a statement by the Foreign Ministry of Croatia, issued from Zagreb on August 10th.

Sinai State, named for the governorate in which it is based, is a relatively recent name for the militant group formerly known as Ansar Beit El-Maqdis (or ABM). ABM was founded sometime around 2011 in the governorate of Sinai. Many of the founding members were known to have gained experience from previous militia groups in the Sinai. The aim of the group is broadly defined as, “resisting the state.” It is generally understood that the “the state” refers to the Egyptian government.

The Sinai governorate has long-felt marginalized by the Cairo-centric government, and ABM has capitalized on this sentiment by reiterating that its goal is to remove state tyranny. The movement has been difficult to pin down as it is deeply embedded within the local Bedouin population. “If you are not with us, do not be against us,” said ABM in an official statement. The group has described itself as, “your brothers…men from [Egypt]…perhaps your neighbors or relatives.”

Since its founding, ABM has carried out attacks on military and non-military targets including checkpoints, gas pipelines, military and police vehicles, military and police barracks, naval vessels, and foreign tourists. Activities have mostly been confined to the Sinai, but recent operations have extended into the Nile valley, including Cairo. The group has claimed at least one attack across the Israeli border as well.

While the initial group may have been small, after the ouster of former President Mohamed Morsi, attacks become much more frequent. ABM attempted to assassinate the former Minister of the Interior, Mohamed Ibrahim, and succeeded in some high profile incidents such as shooting down a military helicopter in January of 2014.

In early 2014 ABM was designated a terrorist organization by both Egypt and the US, with much more pressure brought to bear on the group as the Egyptian military fought to more tightly control the peninsula. By the end of the year, ABM pledged allegiance to Islamic State, and stated that its goals now included the establishment of a caliphate within Sinai. The name of ABM was then changed to Sinai State.

Compared to many other countries in the Middle East/North Africa region, Egypt has seen very few foreigners kidnapped. Perhaps the best illustration of this is to compare Egypt to its next-door neighbor, Libya. Waves of unrest and instability have kept the country in seemingly perpetual chaos since the removal of Muammar Gaddafi in 2011. Kidnappings are common, and as oil is one of the only industries in Libya, it is the main sector targeted. In 2015 alone; two foreign oil workers were kidnapped in January, nine in March, one in June, and four in July. Continuing rivalry between the Western and Eastern Libyan governments is likely to perpetuate this trend in the future.

Of the kidnappings that have occurred in Egypt, they have been nearly exclusively confined to the Sinai Peninsula. There have been a few high profile cases, mostly involving tourists. Four American tourists were kidnapped in 2012 in two separate incidents, but were released soon afterwards. 2013 saw a continuation of the same, with Israeli, Norwegian, and British tourists kidnapped and subsequently released in the peninsula.

One of the most famous kidnappings was that of Andy and Caroline Wells, in March of 2013. Andy was serving as the Chairman of ExxonMobil in Egypt at the time, and had been working in Egypt for several years. The couple was driving back from a vacation in Sharm El-Sheikh—and like Salopek—were kidnapped by Bedouins. Unlike the Croat however, the Wells were soon released.

Not all kidnappings end smoothly however. William Henderson was a 58-year-old employee of Apache Egypt when he was kidnapped by Sinai State in August of 2014. Henderson was driving between the headquarters of Apache’s sister company, located in the Qarun oasis, and Karama oil field, southwest of Cairo. The attack was unusual because it occurred in the Western Desert, an area that Sinai State is not generally active.

Soon after the kidnapping, Sinai State released a statement saying they had killed the American. “We claim responsibility for the killing of American oil expert William Henderson in the Western Desert,” read a statement by the group’s official Twitter account.

Although official state news source Ahram Online confirmed the killing, there were few details about the incident, and it did not attract much international attention. At the time of his death, Henderson had worked for Apache for nearly 30 years and had been honored with multiple awards by the company. A wife and two daughters survived Henderson and currently live in the US.

Despite frantic efforts by Egyptian security services and the Croatian government to find the militants, on August 12th a Sinai State released a video that depicted the apparent beheading of Tomislav Salopek. Immediately after the video circulated online, Egypt’s Foreign Minister, Sameh Shoukry, said that the “relevant authorities must first confirm the authenticity of the image that was circulated of the killing of the Croatian citizen.”

The banned Muslim Brotherhood movement saw the murder as an opportunity to criticize the Egyptian government, with Amr Darrag, a senior Brotherhood figure and former minister, stating, “it’s clear the battle against the cancer of extremism in Egypt is being lost.”

The killing was widely condemned by governments internationally, with Germany stating, “this abhorrent act once again shows that the fanatical ideology of ISIS threatens us all.” France followed up by calling it a “despicable assassination.”

The murder was confirmed the next day when Sinai State claimed the killing in a radio address saying, “The soldiers of the Caliphate killed the Croatian captive whose country is participating in the war on the Islamic State.” Salopek was married, and his wife and two children still live in Croatia.

The US State Department advises all foreign nationals to exercise extreme caution in the Sinai, particularly the north, stating, “The security situation in the northern Sinai area, which is generally defined as the area north of the Cairo-Nekhl-Taba and Sheikh Zuweid road, remains dangerous due to continuing violence. Travelers should be aware of the possible dangers of overland travel.”

As Sinai State becomes ever more dangerous, foreigners—especially oil workers—should be cautious when in secluded areas. Authorities ask foreigners to remain vigilant, and to report all suspicious activity to local police.