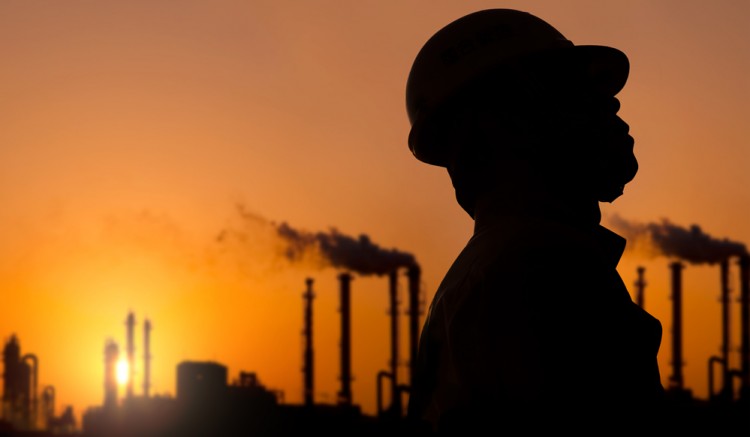 “Optimization is improving something,” explained Miguel Muñoz, a Production Engineer at Apache Egypt, at the start of our interview. The term optimization in its most basic form is, “an act, process, or methodology of making something as fully perfect, functional, or effective as possible, whether it is mathematics, computer science, economics, management science, business development, or the intricate fabric of our lives.” While “you can optimize your life by sleeping a little bit more,” said Muñoz, in the oil and gas industry “optimization is an integral process that occurs in different technical aspects of all the disciplines and departments within the [oil] company,” he continued.

Production optimization at Qarun Petroleum Company (QPC) consists of a group of dedicated engineers who work to improve the production of fluids and maximize the recovery of each well with the help of the latest technologies. Here is how the engineers in the production technology department at Qarun do it:

Qarun´s concessions are located in the Western Desert, a region that accounts for more than 50% of Egypt’s oil production. The wells at Qarun are all artificially lifted, with 85% of oil production coming from Electric Submersible Pumps (ESPs). In addition, 80% of fields in Qarun are under water flood recovery, a process where water is injected to support pressure of the reservoir, to extract oil from the reservoir and push it toward the well.

“As soon as you drill a well, you fracture to produce better conductivity,” said Hassan. Optimization takes place in all levels of production, fracking included. “We apply new technologies to enhance the productivity and get the most out of a fracking technique,” said Ahmed. One of these techniques includes shallow fracturing, which consists of uses a propane agent to increase production from the reservoir. Another technique is foam fracking, where nitrogen is pumped into the reservoir to limit damage to the well. This way, “we use the same amount of product and get more oil,” Ahmed said. Nitrogen fracking fluids are more suitable for sensitive formations where water-based fluids could cause water saturation around the fracture and clay swelling, ultimately affecting the mass transport of hydrocarbons to the well.

Some of the main challenges facing production optimization in the industry include the quality of the wells— with factors such as the type of rock formations, water-flood direction, and presence of sand—carrying capacities of pipelines, handling capacities at the surface, economization of different levels of production, and safety standards. For this reason, engineers must carry well-by-well reviews. ¨When you are able to increase the normal activity of a well just by monitoring it, that’s the meaning of engineering optimization,” said Ahmed.

“We have been able to optimize a system itself by using new technologies and identifying when a system is running low in efficiency,” Hassan continued, “which we then substitute with a smaller system or a bigger system.” Production optimization is a continuous process that requires consistent monitoring of wells. “All the time we optimize our fields; you can say we are doing it every day,“ Hassan finished.

Engineers at Qarun select the proper artificial method for the well based on its history. “Our target is to produce the maximum we can for as long as we can,” said Hassan.

There are three types of producing wells in Qarun: Progressive Cavity Pumps (PCPs,1%), sucker rod pumps (34%), and ESP pumps (65%). “We select equipment specific to particular problems,” said Ahmed. “If we suffer from high temperature, corrosion, or sand problems, the material of the pump should be able to withstand those extreme conditions.”

Qarun´s main providers for ESP pumps are Baker Hughes, Schlumberger and Borets. “Think about a blender,” said Muñoz, “optimizing the ESP is about keeping the fluid in the ESP optimized.” Engineers at Qarun need to make sure the ESP pump receives enough electricity to keep the fluid levels controlled. ESP pumps work on a given operating range, downhole condition, and operating environment. “If we face a problem that we cannot solve with our current methods or technologies we switch technologies,” said Hassan. In response to Muñoz´s colorful depiction of an ESP, Hassan added that the engineers at Qarun are also “in the blender,” joking about the job´s demanding nature.

GE is the exclusive supplier of sucker rod pumps for Qarun. According to a study released by the Oil and Gas Journal, “the aim of artificial-lift design is to ensure the most economical means of liquid production within the constraints imposed by the given well and reservoir.” For sucker-rod pumping, this means selecting the right size of pumping unit and gear reducer, as well as determining the pumping mode to be used, which includes plunger size, stroke length, and pumping speed. The direct energy costs for sucker-rod pumping are then optimized when engineers select the right pump size, stroke length, and pumping speed for the required liquid production rate.

At Qarun, “We look at each well and the optimization of the production of each well,” said Miguel. No optimization is possible unless you have a dedicated group of engineers that are looking at the wells on a daily basis, confirming data and analyzing it to figure out optimization candidates and opportunities, he concluded.

PCP systems, account for 1% of the wells at Qarun, and are the preferred artificial-lift method for wells with high solids, heavy API oil, and high fluid volumes. Weatherford describes the work of PCP systems as the continuous positive-displacement flow that provides the highest volumetric efficiency of any conventional artificial-lift system. Through PCP systems and other methods, such as pumping fluid levels up, fracking, increasing injection rates, and optimizing ESP systems, Qarun has seen great results in only six months, said Muñoz.

Low oil prices have led oil companies like Qarun to decrease rig counts and cut significantly on exploration. The need for optimization is more pressing during downturns, since oil companies are forced to keep former production levels with a more limited number of wells.

“Optimization is an integral process,” said Muñoz. “You can optimize cost in the financial department, you can optimize treatment with the corrosion groups, with the technical groups, and most importantly, you can optimize production,” he added. Through the use of advanced lifting systems such as the ones present at Qarun, engineers are able to reduce the per-barrel production costs and increase or maintain production levels.

Optimization will carry past the low oil price crunch, as oil companies like Qarun increase their recovery rates in a faster and safer manner. “Optimization is overlooked when prices go up,”said Muñoz, “because at a $100 per barrel, everyone goes to the supermarket and buys blenders [ESPs].” Yet, optimization is also a way for oil companies to maximize their costs, and one that holds a large stake in the industry.