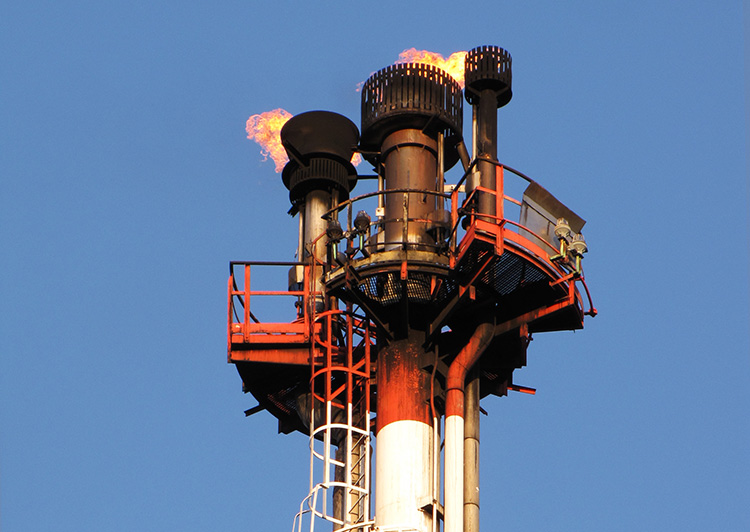 Europe largely depends on imports to secure its energy supplies. Reliance on energy imports exceeded 55%, two years ago, and the energy imports bill nears one billion euros a day. The European Union (EU) and its member states are all net importers of energy, especially of crude oil and natural gas, with the latter currently accounting for roughly a quarter of the European energy mix. More than 74% of this gas comes from outside of the continent.

Dependence on gas imports is only set to increase. Between 2007 and 2017, European natural gas production declined by 39.4%. Although European gas consumption is set to remain almost flat in the coming years, domestic production is expected to fall at an average rate of 3.5% per year, the International Energy Agency (IEA) Gas 2019 report showed. This is mainly attributed to the phasing out of the Groningen field in the Netherlands and the declining production in the North Sea. The falling production has pushed the EU not to rule out producing hydrocarbons from unconventional sources such as shale gas, provided that issues as public acceptance and environmental impact are adequately addressed.

Russia is the biggest supplier of natural gas to Europe, dominating 40% of the EU gas imports, followed by Norway with 35%, Algeria and Qatar with 11.3% and 5.8%, respectively, as shown by the most recent eurostat data.

Germany is Europe’s largest economy and natural gas importer. In 2018, it bought 78.9 billion cubic meters (bcm) of natural gas, roughly a fifth of the continent’s total gas purchases, followed by Italy and France, with around 16% and 12%, respectively.

Reuters recently reported that the project is facing an eight-month delay and an additional cost of EUR 660 million ($730.9 million), as Denmark is yet to grant the needed approvals for the pipeline to pass through its territorial waters. Other sources expect Nord Stream 2 AG, a subsidiary of Gazprom building the pipeline, to divert the pipeline route altogether to avoid passing through Danish waters. Furthermore, the US has warned German companies they could face sanctions due to their cooperation with Russia in the Nord Stream 2 gas pipeline.

As Russia began halting major gas flows to Europe because of a disagreement with Ukraine over transit fees, the 2009 natural gas crisis has intensified European efforts to diversify energy supplies, according to a report by the Oxford Institute for Energy Studies.

A report by the European Commission on the State of the Energy Union indicated that the EU’s gas supply diversification strategy is based on three main lines of action: a transparent and flexible Liquefied Natural Gas (LNG) market, the Southern Gas Corridor, and the Mediterranean gas hub.

The Energy Union is an EU initiative launched in February 2015 to provide households and businesses across member countries with secure, sustainable, competitive, and affordable energy, through a fully integrated internal energy market and coordination in energy and climate policies.

LNG has become an integral part of Europe’s energy mix, growing by nearly 19% over the last two years, according to a recent report by McKinsey & Company, titled “How did the European natural gas market evolve in 2018?”.

The EU views LNG as a reliable backup in critical situations, during which insufficient gas is coming into Europe through pipelines. In 2015, the European Commission vowed to work to remove obstacles to LNG imports from the US and other LNG producers

Moreover, the commission believes an increase in LNG trade will help bring global natural gas prices closer together, as LNG prices have been higher compared to pipeline gas due to particularly high liquefaction, regasification, and transportation costs and demand in Asia, which account for 75% of the global LNG consumption. In 2018, around 50 bcm of gas was withdrawn from LNG storage and entered the European pipeline system, compared to 47.4 bcm in 2017 and 41.9 bcm in 2016.

Meanwhile, the Southern Gas Corridor (SGC) will deliver natural gas from the Caspian Sea directly to Europe for the very first time through 3,500 kilometers of pipelines. The SGC will transfer natural gas from Shah Deniz, the largest gas field in Azerbaijan, through three pipelines to Europe. SGC consists of three main pipelines, namely: the South Caucasus Pipeline (SCP), which will be expanded with a new parallel pipeline across Azerbaijan and Georgia, the Trans Anatolian Pipeline (TANAP), which will transport gas across Turkey, and the Trans Adriatic Pipeline (TAP) that will take gas through Greece and Albania into Italy. The $40-billion project will enable Azerbaijan and other Central Asian countries to export their gas directly to Europe. It is expected to create 30,000 jobs, with stakeholders including seven governments and 11 companies. According to BP, the Southern Gas Corridor pipeline system has been designed to be scalable to twice its initial capacity to accommodate potential additional gas supplies in the future.

More importantly, recent discoveries of large natural gas fields in the East Mediterranean region raised the region’s profile as a gas producer and exporter. According to the European Commission, “it is in the EU’s interest to assist the countries in the region in better exploiting their energy resources and to develop mutually beneficial commercial cooperation.”

For years, the northern winter season meant, ipso facto, that there would be an increased European demand with more energy needed for heating. On the other hand, due to climate change, warmer temperatures and heatwaves led to high demand for air conditioning in the summer. The seasonal peak demand is expected to shift from winter to summer in 19 European countries, as forecasted by a research paper published by the Proceedings of the National Academy of Sciences (PNAS) in 2017. The paper also projects significant demand increases in Southern Europe and demand decreases in the north.

On the supply end, climate change is seemingly playing an extra factor in boosting solar energy. During the 2018 heatwave, solar was the only over-performing energy source, with high pressure leading to minimal cloud cover across North-Western Europe, according to “The European Power Sector in 2018” analysis report by Sandbag and Agora Energiewende.

Unlike in African and Asian markets, demand for natural gas in Europe is not expected to grow over the coming decade. In spite of the depleting domestic gas production, increased share of renewable resources in the energy mix and energy efficiency measurements could help maintain current demand levels until 2030.

The European strategy to phase out coal, as part of a broader decarbonization, is boosted by lower gas prices and falling renewables’ costs. This has increased the use of gas and renewable sources in power plants across Europe. Between 1995 and 2016, solar and wind energy capacity in the EU increased 100 times.

Gas is a low-carbon fuel, with its greenhouse gas (GHG) emissions estimated to be 40% less than coal and 20% less than oil. It is also cleaner and better for the environment, with nearly zero sulfur dioxide, nitrogen oxide, and particulate matter emissions. However, it is hard to see a greater role for gas in Europe beyond 2030, with renewable alternatives, including biogas, solar, and wind energy, considered as possible replacements.

Jonathan Stern, Founder and Former Director of the Natural Gas Research Program at the Oxford Institute for Energy Studies (OIES), affirmed to Egypt Oil & Gas that switching to gas in power stations is a major factor supporting gas demand in Europe.

“Renewables are leading the transformation in the energy mix. Gas will replace coal for the next several years and perhaps for the remainder of this decade. Gas for coal substitution may delay the decline in gas demand, but most projections are that from 2030 onwards, the decline in European gas demand will accelerate,” Stern explained.

The EU has set a target to reduce GHG emissions by 40% by 2030, compared to levels in the 90s , raising the share of renewables in its energy mix to at least 32% by the same time, which comes in line with the Paris Climate Agreement target to keep global warming below 2 degrees Celsius. The ultimate goal is to decarbonize European energy supply and reduce dependency on third country suppliers.

Besides the goal of becoming “Climate-Neutral” by 2050, the EU also targets increasing energy efficiency by 32.5% by 2030. According to the EU, gas imports would be reduced by 2.6% for every additional 1% in energy savings. Nevertheless, energy savings above 35% are seen to have much less effect on reducing gas imports. Moreover, reduced demand for fossil fuels will lead, in turn, to lower energy prices, indicating that every additional 1% in energy savings will lead gas prices to be about 0.4% lower and oil prices about 0.1% lower in 2030.

Another determining factor in shaping the continent’s energy outlook is its economic activity. When asked if another recession could curb European demand for gas, Stern responded, “the 2008 economic recession caused European gas demand to fall by 20% and demand has still not recovered to pre-2008 levels. Another severe recession could have a similar impact; this is most likely in the UK where the post-Brexit recession will certainly impact gas demand.”

Meanwhile, the global gas demand is expected to grow at an average rate of 1.6% a year, exceeding 4,100 bcm in 2023, according to the IEA. “The current wave of LNG export projects will increase liquefaction capacity by 30% by 2023. This will be led by an increase in output from the US, which accounts for nearly three-quarters of the growth in total global LNG exports in the period, followed by Australia and Russia,” the IEA noted in its 2018 report, noting that a lack of new LNG projects after 2020 could lead to the tightening of LNG markets. Thus, investment decisions will need to be taken in the next few years to ensure adequate LNG supply beyond 2023.