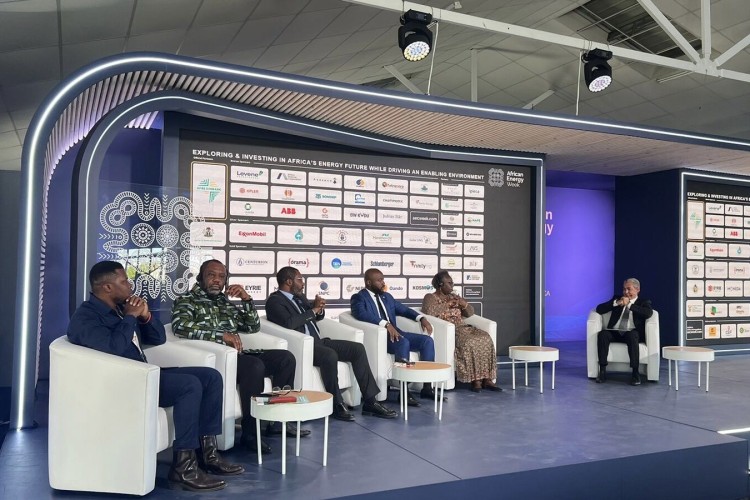 A few days before the global climate talks in Sharm El-Sheikh, a group of African energy senior officials stressed the necessity of unifying the African voice during COP27 to achieve climate justice, which would allow them to make effective use of their resources. In one way or another, the African energy sector leaders have expressed a common position that sees fossil fuels as necessary for expanding their economies.

“From Cape to Sharm: A Common African Voice for COP27” was the title of the discussion panel which was held at the closing event of Africa Energy Week in Cape Town, South Africa. The panel, which was moderated by Mohamed Fouad, Founder and CEO of Egypt Oil & Gas, began with pre-recorded remarks by Tarek El Molla, the Egyptian Minister of Petroleum and Mineral Resources.

The panel witnessed the participation of Gabriel Mbaga Obiang Lima, Minister of Mines and Hydrocarbons in Equatorial Guinea; Sophie Gladima, Senegal’s Minister of Petroleum and Energies, Mahamane Sani Mahamadou, Minister of Petroleum of Niger and Matthew Opoku Prempeh, the Ghanaian Minister for Energy, and NJ Ayuk, Executive Chairman of the African Energy Chamber.

In his remarks, El Molla referred to the disproportionate responsibility placed on Africa, which contributes less than 4% of the world’s energy-related emissions but faces serious consequences to the lives and livelihood of its people.

“Although the African continent is not responsible for the climate change crisis, it is facing its most negative impacts. Nevertheless, the continent is considered as a model for serious climate action, as much as its capabilities and support that it receives allow,” El Molla said.

“We certainly cannot ignore the fact that oil and gas resources still represent an essential source of energy globally, and will remain part of the global energy mix over the long term,” El Molla told the panel.

“Our goal is to provide oil and gas sources in ways that are more responsible, environmentally friendly and with reduced impacts on the climate, including through CCUS [carbon capture use and storage], methane emissions reduction and carbon circular economy,” he said, indicating that as it is crucial to highlight the global role in providing access to funding for gas projects, the deployment of technologies and capacity building are becoming increasingly necessary to provide these oil and gas resources in ways that are more responsible with reduced impacts on the climate.

In his introductory remarks, Fouad also referred to what he described as a complete climate injustice for Africa, indicating that Africa’s high vulnerability to climate change and low level of readiness for its impact is threatening to derail development goals and impose further economic costs and social disruption. “True climate justice suggests that Africa is owed 10 times as much as the global climate finance that it received in recent years,” said Fouad.

The EOG’s CEO highlighted the “need to face this new international gathering (COP 27) with a common position on how the energy transition should look like for Africa in the near future to improve intra-continental cooperation and investment with the goal of eliminating energy poverty.”

Equatorial Guinea’s Obiang Lima stressed that Africa’s energy security is a top priority for him saying, “Anything regarding energy security, that’s really our priority. That’s what we will be talking… only energy security. Once we achieve the energy security… [then] we start talking about the transition or the transformation or any other things.”

Responding to a question on the role developing countries in Africa should play to maximize oil and gas production for economic growth and energy security, Senegalese Minister of Petroleum and Energies, Sophie Gladima, referred to funding as an essential issue. She indicated that “The planet has given us natural resources and we have to exploit them. But we need to exploit them in a responsible manner and ensure that we do not make the same mistakes others have done in the past. Let us use our oil and gas and have the chance to grow.”

The Senegalese Minister suggested that ministers of energy must go and convince the ministers of the environment. “We need to decide together and find a way that is for the good of Africa,” she concluded.

Answering a question about what victory can Africa achieve during COP 27, Matthew Opoku Prempeh, the Ghanaian Minister for Energy, said that he doesn’t want to talk in terms of victory, but in terms of responsibility and rights.

He continued that “If we talk about the energy transition, we will talk about using what God has given us to use. We will continue to exploit our reserves for the socioeconomic development of the country.”

Niger’s petroleum minister, Mahamadou urged international oil companies (IOCs), in the same way, that African countries and ministers have to stay united and speak with one voice. “IOCs have to join that single narrative that we share,” he said, indicating that Niger is working closely with IOCs to ensure the full potential of the oil and gas is exploited.

“That should be Africa’s message to the world. If you want to solve energy poverty, gas baby gas. Europe wants to call gas green: it has always been green. If it is green gas for Europe, why is it not green gas for Africa? We can do better if we tone down the rhetoric that energy producers are evil people or bad people. We need to go to COP27 to back up our energy producers. We should not be apologizing for our energy sector. That is the message we should take.”

El Molla assured African partners that the climate conference would witness the launching of an African initiative on how to make the best use of the continent’s natural wealth during the transition to clean energy.

“The African initiative will consider optimum monetization of the continent’s energy resources especially natural gas to support economic growth and sustainable development of African nations to fulfill their aspirations and welfare of the local societies.” 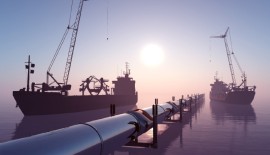 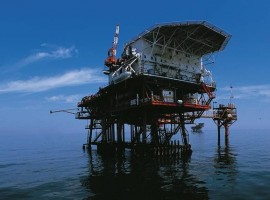 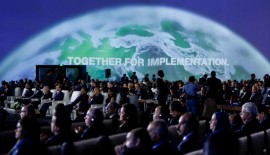 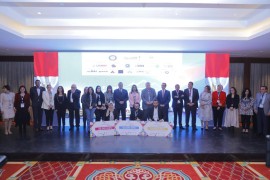