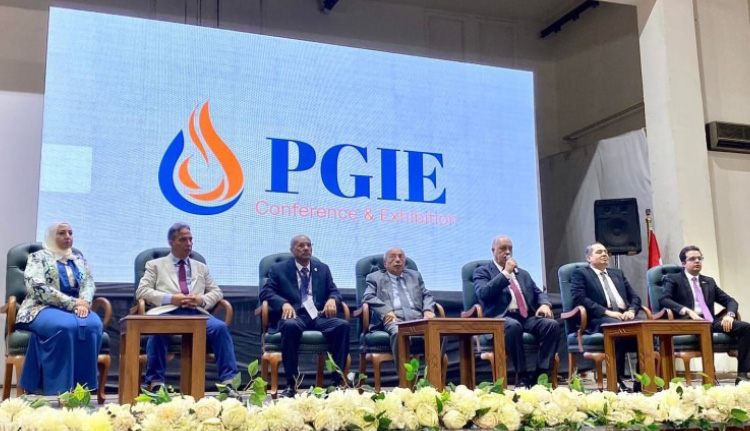 In an era when climate change has pushed the energy sector to move towards the use of renewables, petrochemicals and natural gas are industries that have witnessed rapid expansion, a trend which was constantly reiterated during the latest Petrochemicals & Gas Industry in Egypt Conference and Exhibition (PGIE), an event that gathered the industry’s movers and shakers all in one platform.

This special occasion was attended by Tarek El Nabarawy himself, being the General Head of the Engineers Syndicate, offering warm welcoming remarks as well as praising the conference as an initiative to effectively promote the petrochemical and gas sectors, in addition to offering his support for this effort due to its importance. He promised to make this conference part of the syndicate’s interest.

El Sharkawy marked the occasion with a brief summary of the Egyptian petroleum sector’s remarkable accomplishments over the past eight years. Emphasizing the country’s incredible transformation, he shed light on the inspiring success story behind Egypt’s prosperous energy sector as well as outlining the rapid growth of the nation’s natural gas resources, its effective exploitation, in addition to the tireless efforts to invest in the value-added products industry and the development of refineries.

He added, “Petrochemical industry has been given great interest [from the government] during the past eight years.” With a generous amount of investments of up to EGP 72 billion, he also emphasized Misr Fertilizers Production Company (MOPCO) and Ethydco as some of the country’s most important projects.

Right after the opening speeches, the event proceeded to award its esteemed sponsors in recognition of their contribution to this industry and initiative. PGIE’s sponsors include its Platinum Sponsors BGS Energy Services and Arias Egypt, in addition to its Gold Sponsors Atef H. Rizk & Co Industrial Supplies and ABCO Advanced Biochemicals Company. Egypt Oil & Gas Group was also the proud Media Sponsor for this occasion.

Taking place at the Egyptian Engineers Syndicate, PGIE was an event that charged with youthful vibrance, organized by combined efforts of the American Institute of Chemical Engineers-Suez University Student Chapter (AIChE SUSC), Egyptian Engineers Syndicate, Division of Mining, Petroleum and Metallurgical Engineering, and Egypt Knowledge Bank. It also witnessed an inspiring series of enlightening and engaging lectures revolving around several themes. However, many of them focused mainly on how petrochemicals can contribute to the value-added industry and to the chemical composition of materials that average citizens use in their everyday lives. They also discussed other interesting trends in the market, including decarbonization, digitalization, and how the energy transition will lead to a better future for both the economy and the environment.

“The production of petrochemicals may sound simple, but it is really a model for generating a value-add [product].” He continued to highlight how many items that one might find in any household are made from petrochemicals, further outlining the importance of this industry in the citizen’s everyday life.

During the talk, Sadek also shed light on future plans for the development and enhancement of the petrochemical industry, such that with more facilities and better efficiency more high-quality products can be offered to the average citizen.

With natural gas becoming a rapidly expanding industry, the event would not have been complete without an insightful discussion about sour gas treatment. Abdelaziz Khlaifat, a petroleum engineering professor from the American University in Cairo (AUC) and the university’s Associate Dean for Undergraduate Studies, delivered a talk about the technical side of the process. Sour gas is a gas that contains significant amounts of hydrogen sulfide and the process of removing hydrogen sulfide in addition to other impurities is called “sweetening”.

With the Red Sea turning into a major area of interest for oil and gas exploration, two of Enppi’s spectacular process engineers Mohamed Atia Enppi and Karim ElMaghloub added a lot of flavor to the conference with their discussion of Enppi and the potential of the Red Sea as a major asset.

Atia started by discussing the meaning of EPC contractors, the history of Enppi, and the essential ingredients of a successful project.

Enppi company was established in 1978 as the first EPC contractor in Egypt. Attia noted that the number of employees in his company jumped from 50 in 1978 to 3000 in 2020 because of the company’s expansion in more than 15 countries in Africa, the Middle East, Europe, and the US.

In addition, ElMaghloub talked about the Red Sea project and its potential in more detail. He gave an overview of the project, elaborating that the “Red Sea project aims at developing crude to chemicals complex in the Suez Canal corridor to produce high-quality petroleum and petrochemicals products.” He added that this project will increase Egypt’s domestic product (GDP), which will boost foreign currency savings by growing exports and transferring new technologies to Egypt.

Salah Mahdy, Howden Group’s Global Director for Hydrogen Business (Glasgow, UK), delivered a presentation about the importance of decarbonization, the importance of hydrogen as an energy source, as well as the challenges and opportunities of its application in Egypt. Mahdy gave some background information about climate change and global warming. He stated “Earth had a stable temperature for thousands of years until 1900. Then scientists noticed that this temperature started to rise gradually, especially with the emergence of the Industrial Revolution.”

This pushed the world to take measures to limit the increase of global temperature by decarbonizing industries and reducing greenhouse gas emissions by cutting the use of fossil fuels and replacing them with low-carbon energy solutions, mainly hydrogen. Furthermore, Mahdy discussed the global efforts and strategies to produce hydrogen to achieve net-zero carbon emissions in various industries by 2050.

Process Modeling and Simulation for Gas and Petrochemical Industries

Merna Nissan, Onspec’s Process Engineer, provided an inspiring discussion about process modeling and its importance in the petrochemical and gas sectors. She talked about the products of AspenTech and digitalization initiatives. “These products and technologies can facilitate the operation process, designing and studying the projects. It also can predict if there is any problem before it happens,” Nissan said. She added that every product provides solutions for a specific area in the process.

Nissan provided a detailed explanation of the different solutions that her company provides and explained the benefits of Aspen HYSYS in acid gas removal optimization, sulfur recovery unit optimization, gas plant optimization, as well as how it can provide process safety analysis.

Petrochemicals in Just About Everything

The last PGIE session witnessed an entertaining presentation by Cairo Refinery Company’s Operations Development Department Head, Mohammad Helmy Abu Zahra, titled “Petrochemicals in Just About Everything”. He talked about how petrochemicals are used in almost everything in everyday life from babies’ diapers and clothes to other types of synthetic materials.

The event could never have been complete without closing with yet another award ceremony. This time it was for the top three petrochemical and gas sector posters in the conference’s poster competition.

Most importantly, the event successfully highlighted that there is more than just a glimmer of hope for the future of the petroleum industry. Petroleum is not only a valuable asset as a source of energy but also as raw material to chemically synthesize materials that the average citizen can use for everyday life. 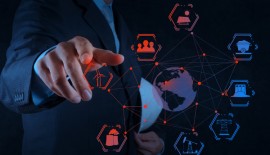 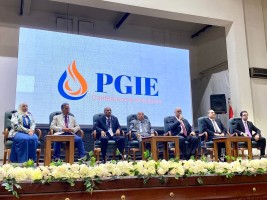