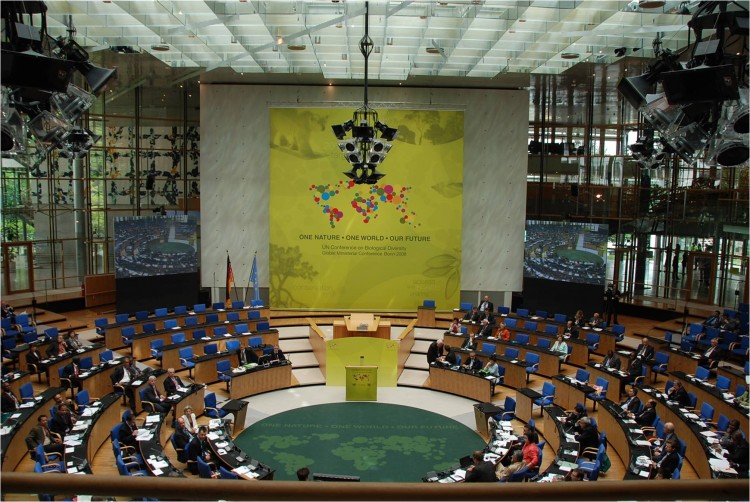 A high-level UAE delegation has attended the ministerial-level Petersberg Climate Dialogue, the latest in a series of meetings aimed at building political momentum towards a global consensus on measures to tackle climate change, in advance of the UN climate change conference in Paris later this year.

Led by Dr Thani Al Zeyoudi, UAE Permanent Representative to the International Renewable Energy Agency and Director of Energy and Climate Change at the Ministry of Foreign Affairs, the UAE delegation shared the nation’s positions on climate change solutions at the conference, as part of its effort to shape global climate change policies.

The meeting took place in the German capital, Berlin, from May 17 to 19, and was attended by German Chancellor Angela Merkel, and French President Francois Hollande. The event has been hosted annually by the German government since 2010 and is the key platform for ministers and political leaders to informally discuss progress on international climate change negotiations.

This year’s dialogue, themed ‘Reaching for the Paris Outcome’, was particularly critical as parties to the United Nations Framework Convention on Climate Change aim to conclude a new global climate change agreement at a meeting in Paris in December this year.

“The Petersberg Climate Dialogue has provided an important opportunity to engage in open and honest discussions about how to ensure success in Paris,” Al Zeyoudi said.

“The UAE has a strong reputation as a constructive, consensus-building player within the UN negotiations. We hope that countries will continue to engage in positive spirited dialogues in order to reach an effective and efficient agreement,” he added.