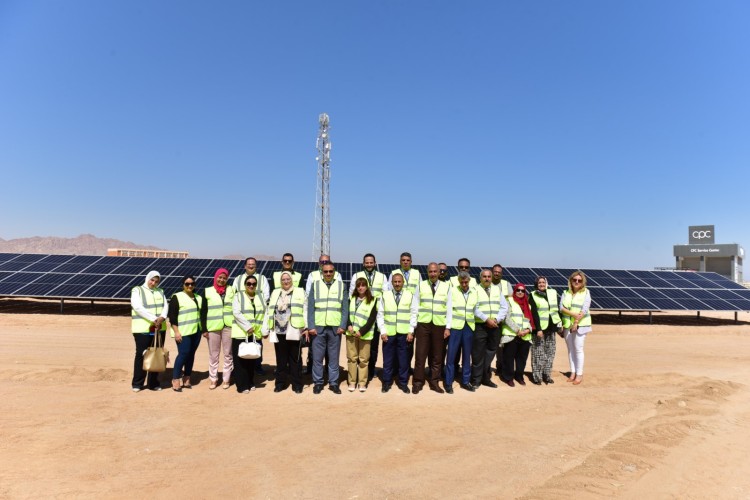 In line with Egypt’s strategy towards expanding the use of clean energy, TAQA Power, a subsidiary of TAQA Arabia, the full-service energy and utility provider in Egypt, announced the commissioning of the largest solar power plant in Sharm El-Sheikh build on an area of 250,000 sqm and with a production capacity exceeding 42 GWh / year.

The project comes in line with Egypt’s support represented by the Ministry of Electricity and Renewable Energy, the Governorate of South Sinai for energy projects developed by the private sector.

“For more than 25 years, TAQA Arabia has been a distinguished national operator and one stop shop for all energy needs. The company has always been a first mover and is the first national company to commercially operate its plot in the massive project of Benban. This has had a vital economic outcome and contributed significantly to strengthening Egypt’s steps towards the transition to clean energy,” Executive Chairman of TAQA Arabia, Khaled Abu Bakr, stated.

“Today, as Egypt assumes the incoming Presidency of COP 27 in Sharm El-Sheikh, TAQA Arabia is launching the largest clean energy solar plant in Sharm el-Sheikh, with a total capacity of 20 MW. On this exceptional occasion, I would like to thank the Ministry of Electricity and Renewable Energy for its continuous support and cooperation during the development of such project. I would also like to thank both the Governorate of South Sinai for its valuable trust and the Tourism Development Authority for facilitating the provision of land. Finally, I can’t miss to thank the cooperation and support of the New and Renewable Energy Authority (NREA) and the Egyptian Electric Utility and Consumer Protection Regulatory Agency (EgyptERA) for its tireless work to grant us all the necessary licenses to complete the project,” Abu Bakr noted.

Meanwhile, Chief Executive Officer of TAQA Arabia, Pakinam Kafafi, said: “In line with TAQA Arabia’s support of the Egyptian government’s plan and strategy to transition to clean energy, and in continuance of TAQA Arabia’s plans to expand its renewable energy portfolio, we have successfully developed and started operation of 20 MW capable of supplying clean electricity to more than 6,000 hotel rooms with clean electricity. Our Services cater the need of Renewable energy to serve several sectors, including the agricultural, touristic, industrial and residential sectors.”

Kafafi also highlighted that: “the whole project development until operation has been accomplished in an unprecedented record time, which did not exceed four months. This has contributed greatly to transforming Sharm el-Sheikh into a green and smart city. In addition, TAQA Arabia’s invested in various other projects that aim at serving South Sinai Governorate in terms of implementing a cohesive strategy pertaining to energy services, such as EV charging stations, natural gas stations that supply vehicles with compressed natural gas. All this contributes to reducing carbon emissions and transforming Sharm El-Sheikh into an environment friendly city.”

Managing Director of TAQA Power, Sami AbdelKader, expressed how proud he is for completing this major project in such a short period of time and with a total investment of EGP 250 million. The project will reduce carbon emissions by about 500,000 tons throughout its lifetime, which extends up to 25 years. Over 100 workers, including engineers and technicians specialized in solar energy, took part in the construction of the station that is set to serve ​​the Nabq tourist region, where Global Energy (A TAQA Arabia Company) is licensed for electricity distribution in Nabq area and implements “self-consumption system”. The solar plant will supply 30% of Nabq’s power load using ​​clean energy, which reinforces the government’s plan toward clean energy transformation and making Sharm El-Sheikh city the first green city in Egypt.

AbdelKader also added: “TAQA Arabia is constantly backing and offering distinct services with the aim of fulfilling their needs of clean energy. Last year, TAQA Power concluded several solar energy projects, such as a PV plant in Dina Farms – one of the largest farms in the Middle East, as well as Somabay tourist resort in the Red Sea, in addition to other solar energy plants with different capacities to meet the needs of several hotels. All these accomplishments empowered TAQA Arabia to reach a contractual capacity exceeding 100 megawatts of clean energy to meet the private sector’s requirements of sustainable and green energy.”