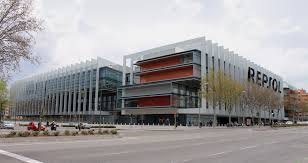 Spain’s largest oil company, Repsol, has signed a contract with the Iranian oil ministry to purchase and import 1m barrels of Iranian crude oil in July 2016, according to a report from the ministry, reported Iran Daily.

Repsol’s contract with Iran is among the most recent deals that bind Tehran to supply crude to European companies. The agreement will open up further delivering opportunities from Iran’s side to Europe. In consonance with this deal, Russia’s energy giant Lukoil has also announced its intentions to resume processing Iranian oil at the ISAB refinery in the Italian island of Sicily.

Business Review added that Iranian oil exports to Europe have been soaring up ever since Iran clinched a landmark nuclear deal with the six world powers in 2015. Iran’s oil exports have increased from 100,000b/d to approximately 600,000b/d and are expected to further increase to 700,000b/d.

Repsol was previously reported to have ended its LPG business as it entered the Indian market in early June 2016. This is a part of the company’s 2016-2020 strategic plans which aims to skyrocket the Spanish firm’s performance in the oil market.