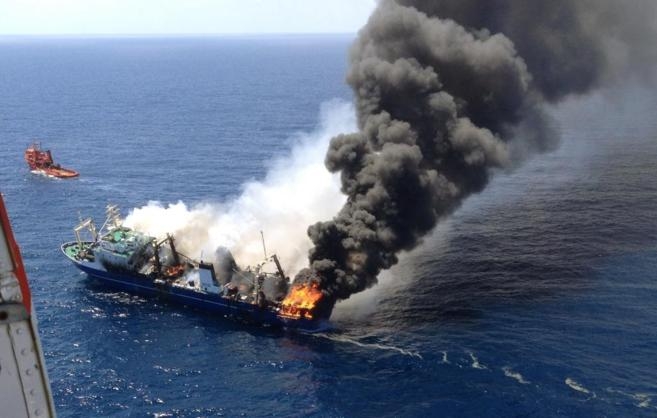 The government activated the alert after analyzing ocean current data from Spain’s Oceanographic Institute, saying the slicks could affect the islands’ vulnerable coasts.

The islands are a popular destination for European visitors and harbor an important tourism industry.

The government said one beach had been cleared of oil and clean-up operations were ongoing on three other beaches near the tourist hot-spot of Maspalomas on Gran Canaria after a slick came ashore Thursday.

Regional authorities were criticized by environmental groups like Greenpeace after the Russian trawler Oleg Naydenov, which caught fire in a local port on April 11, was towed out to sea as a precaution. The boat, which carried 1,400 metric tons of a viscous type of fuel oil, sank on April 14, 24 kilometers south of the island.