Soma Oil and Gas Under UK Investigation Over Corruption in Somalia 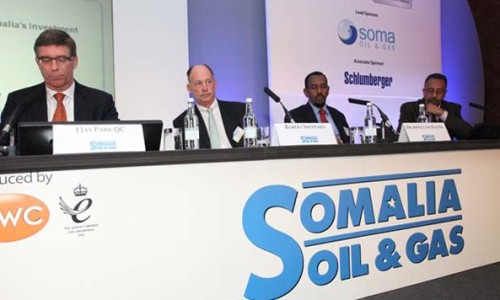 The Serious Fraud Office has opened a criminal investigation into British company Soma Oil and Gas.

The SFO said the matter was related to corruption in Somalia.

In a statement, Soma said it was “confident” that there was “no basis” to the allegation.

The company’s directors include former Conservative Party leader Lord Howard and Lord Clanwilliam, but Soma said “no suspicion whatsoever” was attached to either man.

The SFO released a statement saying whistleblowers were “valuable sources of information”.

It added: “We welcome approaches from anyone with inside information on all our cases including this one – we can be contacted through our secure reporting channel, which can be accessed via the SFO website.”

Soma said the allegations were from a third party, not from a current or former employee.

“Soma Oil and Gas has always conducted its activities in a completely lawful and ethical manner and expects this matter to be resolved in the near future,” it added.

The BBC understands that a UN monitoring group has also been investigating Soma over a capacity building programme which it signed with the Somalian government last year.

Many major oil companies withdrew from Somalia in the early 1990s when civil war began.

According to the company website, Soma Oil and Gas was founded in 2013 to “pursue oil and gas exploration opportunities in Somalia”.