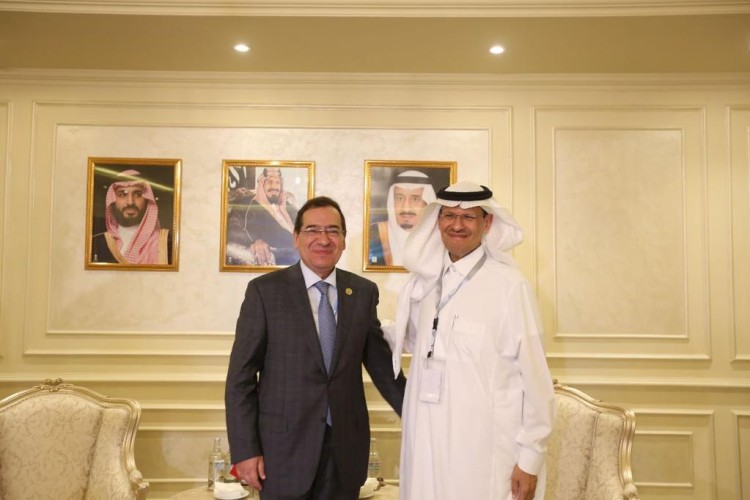 His remarks came during his participation in a panel discussion with Minister of Petroleum and Mineral Resources Tarek El Molla on Decarbonization Day during COP27.

Bin Salman added that this event highlighted the importance of teamwork in supporting and implementing the commitments towards preserving the environment as well as securing energy supplies to meet sustainable development needs.

Additionally, the two ministers explained the extent of coordination and extended cooperation between the two countries under the political leadership of the two countries and their support for green initiatives that the planet deserves.

The two ministers stressed the commitment of the two countries to implement the pledges of The Paris Agreement and increase work to reduce carbon emissions from fossil fuels.

For his part, El Molla affirmed that African and Middle Eastern countries are fortunate to have diverse sources of energy, whether from fossil fuels or from new and renewable energies pointing to the need of accelerating the development of these resources.