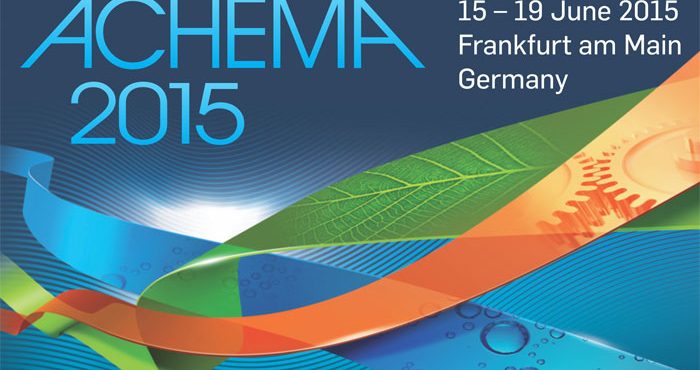 The event, which takes place every third year, was first organized in 1920. It covers all steps of the value added chain of the process industry.

The trade fair has been the leading show in the petrochemicals sector and process industries for decades. It is organized by Dechema.

The delegation of German Industry and Commerce for Saudi Arabia, Bahrain and Yemen (Gesalo) hosted a team of Saudi businessmen at the fair.

Gesalo is the official representative of Achema trade fair in Saudi Arabia and had organised a presentation event with Dechema CEO Dr Thomas Scheuring in September 2014 to promote the show.

Andreas Hergenrther of Gesalo organised the visit along with Al-Ameen Al-Dalali, the head of Trade Fair Department of the delegate in collaboration with Dechema the Saudi Arabia Downstream Forum.

The event took place on the first day of Achema show last week.

The event, moderated by the delegate Hergenrther continued with the speeches of a number of high-ranking businessmen including Jürgen Nowicki, the speaker of the Board of Linde AG – Engineering Division; Eng. Osama Al-Zamil, Chairman of Zamil ChemPlast; Saud Al-Sabhan, the marketing manager Saudi Industrial Property Authority (Modon); Werner Strauch, the general manager of Coperion Middle East Company, Daniel Gottschald, the CEO of ChemieCluster Bayern AG and Thomas Dreiling, CEO of ThyssenKrupp Industrial Solutions at Saudi Arabia.

The speakers shed light on the development of the Saudi petrochemicals market and highlighted its potentials.

“Saudi Arabia is the region’s largest petrochemical producer with an annual 86.4 million tons of capacity and is one of the fastest growing sectors of the kingdom’s economy,” stated Hergenrther.

“The country alone produces nine per cent of the world’s output of petrochemical products, shipping 17%t of world exports in petrochemicals. Around 60 petrochemicals projects are currently being realized or planned,” he added.