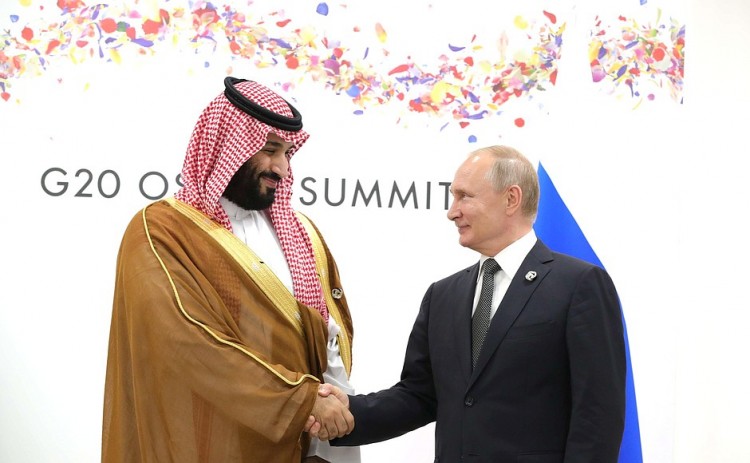 Saudi Arabia and Russia have agreed to extend the deal sponsored by the Organization of Petroleum Exporting Countries (OPEC) to cut oil production by another six to nine months, according to Saudi Energy Minister Khalid Al Falih.

The Saudi minister tweeted on June 29 that Saudi Crown Prince Mohamed Bin Salman and Russian President Vladimir Putin agreed on extending the output cut deal during a meeting that was held on the sidelines of the 2019 G20 Osaka summit in Japan.

“This agreement assures that the Saudi-Russian partnership paves the way to protect the interests of oil producers and consumers, as well as the sustainability of global economic growth,” the minister added.

Meanwhile, the President of Russia expressed his preference for extending the deal by nine months, which was also signaled by Al Falih, according to Reuters.

OPEC and other producers are meeting on July 1-2 to discuss the deal, which aims at curbing global oil inventories and maintain market balance by avoiding a supply glut.

It is worth noting that OPEC members and other non-OPEC major producers, led by Russia, agreed in November 2016 to cut crude output by 1.8 million barrels per day (b/d), the deal was extended in November 2017 until the end of 2018 instead of March. The deal was once again extended from January to June 2019 with production cut of 1.2 million b/d.

The OPEC+ deal has helped crude oil prices restore their highest levels since the 2014 downturn.