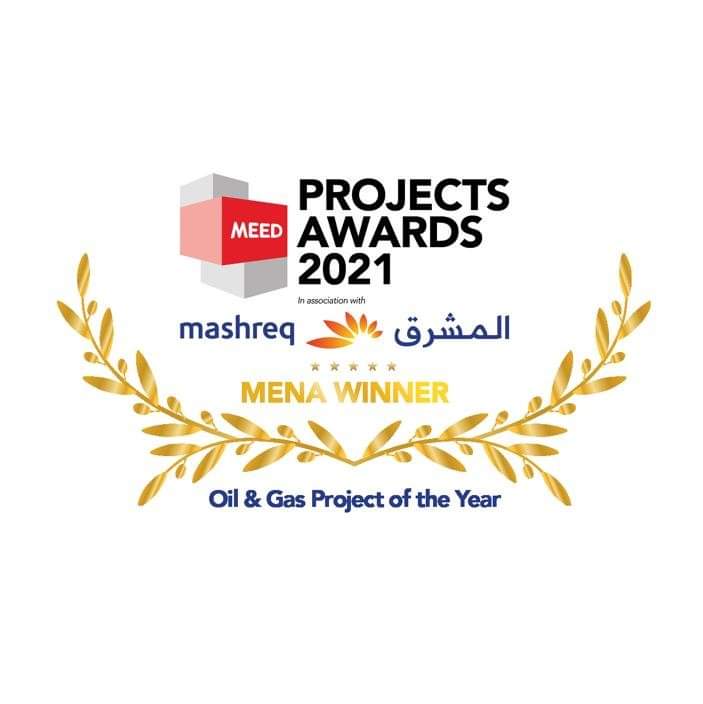 Egypt’s Ras Badran Tank Farm has been named the MENA Oil and Gas Project of the Year at the MEED Projects Awards 2021, the Ministry said in a statement.

This announcement came during MEED’s event, which celebrates excellence in major projects in the MENA region as well as recognizes the most distinguished companies and sectors in all industrial and construction fields.

The award-winning project is affiliated with the Egyptian General Petroleum Corporation (EGPC) and implemented by Petrojet. It included the engineering, construction, and procurement of 29 crude oil warehouses in Agrood, Choucair, Ras Gharib, and Ras Badran, with a capacity of 175,000 cubic meters, equivalent to about 32 million barrels.

It is worth noting that the same project achieved the Guinness World Records certificate, which was received by Tarek El Molla, Minister of Petroleum and Mineral Resources in the field of manufacturing. The project introduced new technology in the construction of the double-deck floating roof.