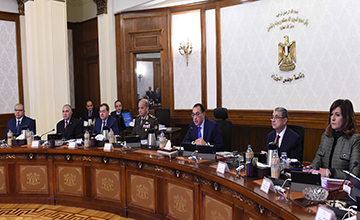 El Saeed stressed that the high economic growth rate achieved during H1 FY 2019/20 was partially a result of the growth in the refining segment of the oil and gas sector.

The minister also showcased the indicators of an increase in net direct foreign investments during Q1 FY 2019/20, noting that they have reached around $2.35 billion, an increase of around 66% compared to Q1 FY 2018/19. This increase was a result of the surge witnessed in the petroleum sector’s net investments by about $256.4 million, a 52.6% increase. Additionally, the percentage of new investments pumped to establish companies or to increase capital were raised by about $837.9 million, representing a 126% increase.

For his part, Madbouly affirmed that Egypt continues to take various measures to push the economy’s wheels through advancing industrialization, production, export, and encouraging more investors, in order to achieve higher growth rates.