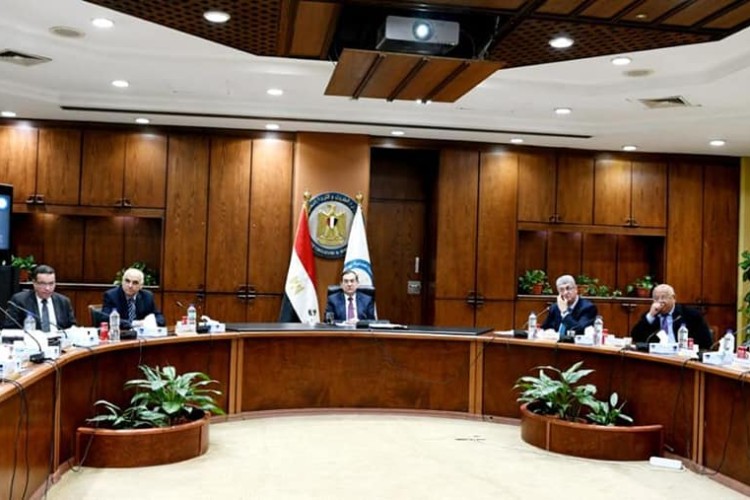 During the meeting, Walid Lotfi delivered a presentation on efforts to implement the ministry’s work strategy for local manufacturing in the five manufacturing workshops of Petrojet, which are qualified with international manufacturing licenses (AS ME) in the field of equipment and the N Stamp license for nuclear plant equipment. In 2022, Petrojet succeeded in manufacturing more than 366 units of static equipment with a total weight exceeding 10,000 tons, with a value of $240 million, compared to $350 million if imported from abroad.

The meeting also reviewed the company’s establishment of the first specialized workshops for the manufacture of static equipment in Assiut to serve the sector’s projects in that region, especially the projects of Assiut and ANOPC companies.

The meeting also reviewed Petrojet’s success in implementing the Egyptian oil sector’s strategy to maximize the external presence of the sector’s companies in securing new contracts within a year. The most important new projects and contracts won by the company are in Saudi Arabia and the UAE. Petrojet succeeded in winning two projects in the Kingdom of Saudi Arabia in the NEOM region, with a total value of more than EGP 78 billion, and two projects in the UAE with a total value of EGP 2.1 billion.

El Molla stated that the presence of petroleum sector companies outside Egypt represents an element of strength for the sector and its subsidiaries, including Petrojet.

The minister noted that the localization of local manufacturing is among the main objectives of the petroleum sector, with the aim of increasing the local component in the sector’s projects inside Egypt and gaining a new competitive advantage that allows exporting abroad, especially with the growing global demand for this equipment, which supports the effective participation of the sector in supporting the national economy.