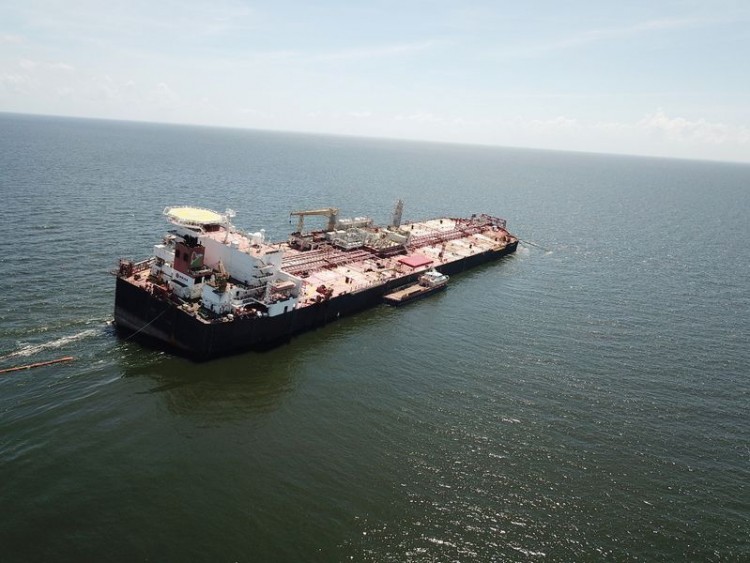 The Nabarima floating storage and offloading (FSO) facility, operated by the Petrosucre joint venture between Venezuelan state oil company Petroleos de Venezuela and Italy’s Eni, is seen tilted in the Paria Gulf, between Venezuela and Trinidad and Tobago, October 16, 2020. Fishermen and Friends of the Sea/Handout via REUTERS

The transfer of the 1.3 million barrels of oil (mmbbl) is set to be carried by means of ship-to-ship (STS) transfer. Although unclear how the maneuver would be carried out, two tugboats – which are frequently used to facilitate STS operations – were spotted near the Nabarim October 19.

It was pictured last week tilting on its side which raised concerns over the oil facility’s integrity.

The Nabarima is part of PDVSA’s Petrosucre joint venture with Italy’s Eni SpA in the Paria Gulf off Venezuela’s eastern coast.